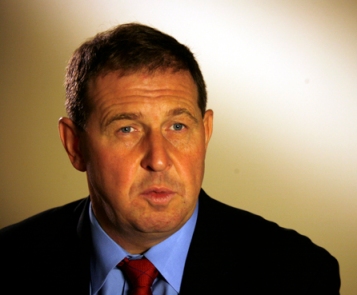 Putin’s goal? To make russians and ukrainians kill each other. He is in dire need of a big, big pile of dead bodies.

By Andrey Illarionov. Andrei Illarionov is a senior fellow at the Cato Institute’s Center for Global Liberty and Prosperity. From 2000 to December 2005, he was the chief economic adviser of Russian President Vladimir Putin.

As of today, many people believe that Putin wants to go to war. This is not entirely correct. Yes, he wants war, but he does not want Russia to go to war. He wants civil war in Ukraine. He does not want to kill Ukrainians with Russian guns. He wants Russians, Ukrainians and Tatars in Ukraine to kill each other. Responding to the question, “Do you want to make a grab for Crimea?”, Putin lowers his gaze modestly and wordlessly says: “No, no, not now! First – civil war.”

The main goal of the ongoing Russian provocations of the past few days and the days to come is to provoke civil war in Ukraine. Here is what the Russian leadership undertakes towards this goal:

They need token victims of violence. The violence does not need to be very specific. The victims may be the victims of potential actions by the government, political confrontation in the streets, civil unrest, or religious clashes. The victims’ ethnicity does not matter. They can be Russian, Ukrainian, or Tatar. They can live in the west, east, or central part of Ukraine. They can come from the south or from Lviv, Kharkiv, Crimea or Odessa. They can have any kind of political views, from Right Sector to Russian Unity. Military, civilians, Christians or Muslims – Putin welcomes every dead or wounded person. And, of course, assaults on Jews and synagogues would always make him happy too.

He wants corpses – the more, the better. He needs a Ukrainian version of “Two thousand peaceful Ossetians – murdered!” And he wants civil war, not just some “unrest”.

If he manages to start such a civil war, it will serve the following purposes:

Once “order” is established, he can proceed to silence and butcher all those who dare to destabilize his bloody hold over Russia by showing their Russian neighbors that dictators can be toppled and by exposing the mechanisms through which these dictators hold onto their power.

3 thoughts on “Putin’s goal? To make Russians and Ukrainians Kill Each Other”