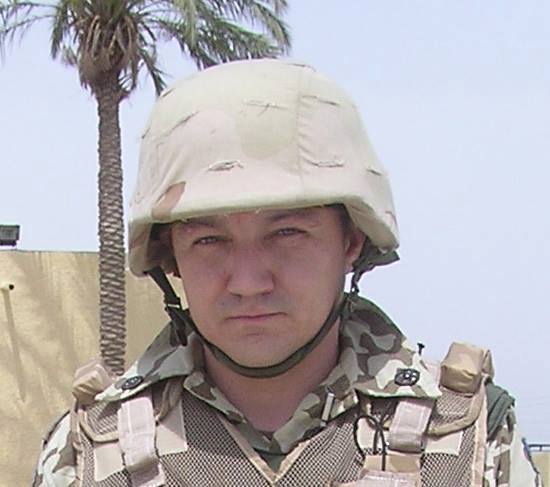 1. Putin gave directions to his military and gangsters to expel the Ukrainian military forces from Crimea before the 16th of March (the date of “referendum”). Although the Russian soldiers in Crimea are trying their best to put on a convincing show of discipline, their morale is waning. And it is not surprising; officially, they do not exist on the peninsula. Putin denied their presence and it is not clear how they are different from Aksenov’s criminal bands in the eyes of the law. Because of this, it is necessary to utilize them immediately; otherwise, they may become a disorganized mob very soon.

2. Unfortunately, this status of the Russian military doesn’t benefit us at the moment.    The Ukrainian military is not about to surrender, but their morale is not that great either, because Kyiv has not provided them with any plan of action for the foreseeable future. They have not had a hint of what is to come next.

We vowed not to criticize the Ukrainian military commanders in present perilous conditions, but I – as a military man myself – will say this: I cannot imagine what I would do and how I would feel if I were in the shoes of our military in Crimea right now. I understand the present weaknesses and problems of the post-revolutionary situation in this country. But I do not understand how the government can betray its soldiers. It is simply wrong on many levels. And it pains me that this new government starts its history with a betrayal of its own army. Every Ukrainian citizen today supports our soldiers in Crimea with all their heart; Ukrainian leadership should feel the same urge to support. Today I am saying this quietly, tomorrow I will be screaming about it. Any army can hold its ground as long as a soldier in that army knows what they are fighting for. Our soldiers do not know what is expected of them, they do not understand who they have to defend.

3. Russia, as expected, did not keep its promises. Military maneuvers of the Russian army near Ukrainian borders (which were supposed to end today) continue with increased vigor. Today I reached out to all my sources: not a single one said that at least one Russian division returned to their base. On the contrary, several divisions of rocket troops have been moved closer to the border. It means that the battle for the southeast is not over.

1. Yatsenyuk spoke about generous aid packages offered by western countries. We all, in fact understand that this is the key to a future successful stand-off with Russia. It is a fact now, that Europeans support us not only with their words, but also with their deeds. And Russia, in fact, is doing the very thing it so vehemently opposed – it integrates Ukraine into Europe. However, this integration comes as a result of brutal revelations about the true level of depravity of Russian leadership.

2. We did not make public the preliminary intelligence data specifying that yesterday and the day before yesterday several groups of FSB [Federal Security Services of Russian Federation] (4 to 5 groups) came to Ukraine. The supposed goal of these teams was to kidnap Ukrainian social activists in different cities. This information was very resonant, but we were not able to confirm its legitimacy, so we did not hurry to make it public. Today we learned that Russian leadership has stricken down these plans of Russian intelligence services. We hope for them to remain in the archives of the FSB.

3. Today we also received inspiring information about the pathological mistrust between the  Russian military and the Crimean Berkut. Our emissaries spoke with several family members of Berkuts. All of them said, that Berkut collaborationists are constantly harassed by their new masters and, if they are given a task, they work on it together with either the members of the military themselves or military sends kazaks to look after them.

In any case, the situation is becoming increasingly strained. Too many events are happening at the same time, inevitably leading to some sort of resolution. Let us hope this resolution will not be a sad one.

2 thoughts on “7th of March: Status in Crimean conflict”