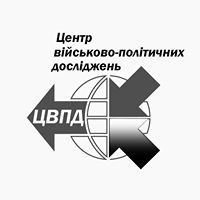 On March 9, former MPs spread misinformation about 100 Ukrainian Border Guards violating the oath of allegiance to Ukraine and taking the side of the occupants at the headquarters of the Azov-Black Sea regional Border Guard department in Simferopol. LB.ua reported this, citing its own sources in the department – the former MP Heorhiy Manchulenko. Manchulenko also said that a few dozen people have violated their oath of allegiance in the Sevastopol naval protection detachment.

The Crimea-based Information Resistance group refutes that information. Their statement is below.

“Today, some of the former MPs of Ukraine began to spread reports in the Ukrainian media that about a hundred people from the Border Guards allegedly took the side of the occupiers, violating their oath of allegiance to Ukraine, and this information is being supposedly concealed by the Border Guard Direction.

According to data of the “Information resistance”, to the present day there is only one traitor in the ranks of the State Border Service of Ukraine. This is the former Chief of Staff of the Azov-Black Sea regional Border Guard department of Ukraine, Colonel Viktor Melnichenko. We will remind you, that another traitor was from the ranks of the Army, ex-Navy Commander Berezovsky. Other cases of Ukrainian border guards taking the side of the enemy are currently unknown.