Video and photographic evidence of Russian military maneuvering was received today from various sources. No attempts were made by them to conceal their movement towards the Ukrainian side. 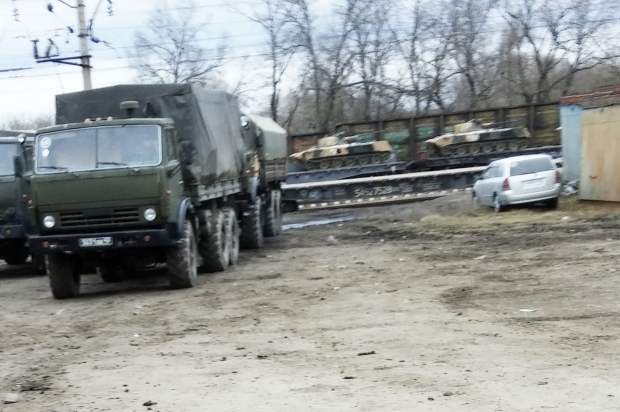 Photos of armored vehicles being carried by rail were taken by witnesses in the area of the Bolshaya Lopan’ village in the Belgorod region, the Novosty 2+2 news agency reported.

Additionally, mobile artillery units are being transported along the streets of Rostov in broad daylight, without any concealment.

Acting Defense Minister Igor Tenyukh previously reported that there are 220,000 Russian soldiers, 1,800 tanks and 400 Russian helicopters positioned near the north-eastern border of Ukraine.