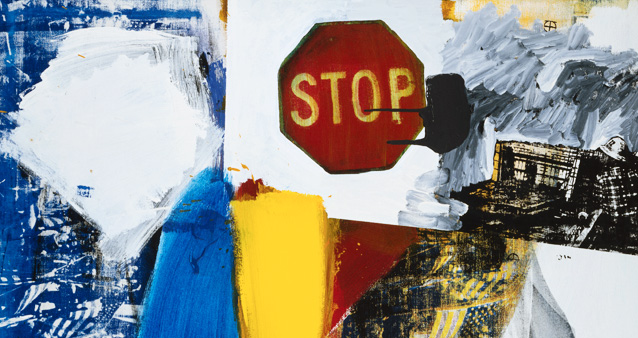 We are not in lockstep with why the Cold War finished 25 years ago. Every student in the US will tell you that President Reagan adroitly ruined the Evil Empire: not only did he drag the Soviets into the needless Arms Race, he also left the Kremlin elders without their petrodollars, thus collapsing prices.

That’s why when it was reported that the US was going to open up its strategic oil reserves, a parallel was drawn at once: “the pigeon” Obama decided to play out as “the hawk” Reagan and rattle a barrel.

They will sell next to nothing at this point – just 5 million barrels. Saudi Arabia pumps such a volume in 10 hours. But the gesture itself is more important. Washington is opening up its reserves for a third time in 30 years; as a last resort they did it before the Gulf War and during the recent crisis in Libya.

The market got it right and the oil prices fell as yet to 97 dollars.

It is clear that the US itself will not allow the oil prices to fall as sharply as “then”, but a price of 70-80 USD per barrel will satisfy both the US and the states of the Persian Gulf. For Russia, even this drop in oil prices will be a catastrophe that will seriously damage its budget.

To achieve this it’s enought to lift sanctions on Iran (which has been actively working on this) and wait till the revolution in Venezuela (that we haven’t been following with all the developements in Ukraine) wins. Besides, the growth of LTO (light tight oil) extraction is already changing the energy market in the country.

The pipelines which used to carry oil from the Gulf of Mexico to the Midwest USA have now been working in the reverse direction.  In fact, the decision to open up the oil reverses was formally explained by the desire to check out how these pipelines are working at the moment.

The problem is that a regular Russian citizen thinks that all this reasoning is too speculative and fantastic. A myth of the total dependency of the West on our natural resources has been cultivated in Russia for many years: we are now sure that it is us that control the abstract “them”, and not the other way around.

That’s not quite right.

North America has no ties with the Russian energy industry at all. Furthermore, liquefied gas and the above-mentioned LTO allow the US to boost its export.

To grasp Europe is harder – one should see the whole picture. The former Soviet republics really depend on Russia, but not the political powerhouses of the EU. Unless one counts the states that joined  the EU after 2004, Russia accounts for 26% of European oil import and 33% of gas import, which is slightly higher than Norway does. Moreover, having reached the peak in 2006, oil consumption in Western Europe has been declining sharply. It has already fallen to the level of 1980s.

Furthermore, it is very important to understand the trade ratios – Russia’s share in the trade balance of the EU is less than 10%, whereas the EU accounts for more than 50% of Russian foreign trade. The full-scale trade war with the EU will cause problems for Europeans; for Russia it will mean the collapse of its economy, which will double if oil prices are artificially depressed and triple if real sanctions are imposed because of Crimea.

It is unpleasant to hear. We don’t want to realize that Russia is a raw material appendage to Europe and that the US can manipulate it by merely playing the stock market.

It is far simpler to think of Russia as of energy superpower keeping Old Europe on a short leash and boldly doing whatever it wants in the post-Soviet space. For example, annexing parts of other countries.

The problem is not even that the majority of society is unaware of this. The problem is that the authorities seemingly don’t want to be aware of this as well. Until recently, the little independent media remaining in the country seemed to be needed by the Russian elite, so as to obtain reliable information at least in that way. As it turned out, they were not. The authorities will make do with the notorious folders from the President’s Administration.

But they are inlikely to write in those folders that the glamorous Olympic Games and a military invasion of a neighbouring state are usually followed by empty shelves in shops and ration cards. These will come as a surprise.

3 thoughts on “Why did the US open up its oil reserves?”