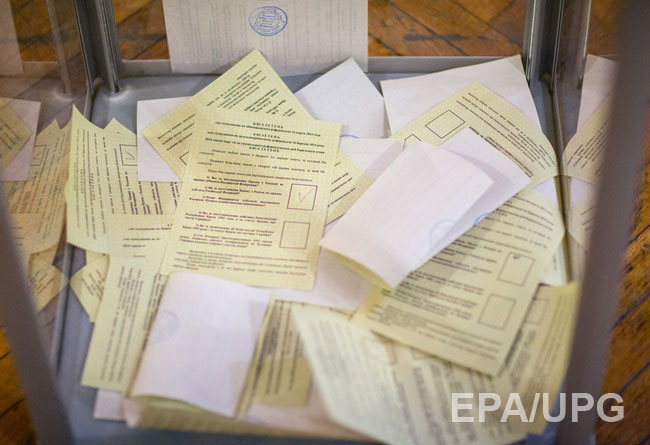 Sevastopol is a heated topic of discussion once again. Crimea entered world trends in social networks by numbers of citations and intensity of discussion. The peninsula has probably never been such a focus of attention since the Crimean War in 1853-1856.

The international community held its breath anticipating the results of the referendum on March 16. However, its main results will not be votes but low turnout.

The self-proclaimed government has counted 75.9% voters, while independent observers report only about 50% of Crimeans who voted. And this is after the necessary percent was ‘cooked’ in many different ways.

‘Suddenly’, access to the State Register from the Crimean peninsula had been closed and anyone could vote: citizens of Russia, people with a residence permit in Ukraine and those who were registered in Crimea.

Throughout the day, members of the Crimean ‘self-defense force’ played the role of observers, as well as their own security. ‘Appropriate’ international experts have been invited who reiterated the message of how the European and international media lies and voters’ turnout is much higher than it is officially stated; they also carefully supported Crimeans’ orientation in Russia’s favor.

Polling stations displayed bulletin samples with a tick put for ‘the union with the Russian Federation’.

Russia’s propaganda machine in Crimea had been working on its full capacity. The self-proclaimed Crimean authorities increased the number of pro-Russian adverts to its maximum level. Moreover, an impressive delegation that consisted from Nikolai Valuev, Valentina Tereshkova, Yulia Chicherina, the ‘Surgeon’ [Alexander Zaldostanov, leader of pro-Russian ‘Night Wolves’ biker club], Vladimir Zhirinovsnkiy, Khramov, Konstantin Zatulin and other Russian citizens actively worked for their funding from the Kremlin.

Two characters with a dubious reputation become the leaders of all this process.

The first is self-proclaimed Prime Minister of the Crimean autonomy Sergei Aksyonov, who previously provided security to the toilet network on the south coast of Crimea as a racketeer. The second is the Chairman of the Crimean Parliament Vladimir Konstantinov, owner of ‘Konsol’ construction company that has buildings throughout Crimea.

The second character is more peculiar: he is laden with debt to many Ukrainian banks. The choice is clear – you either agitate for Russia or lose in courts and fall into a debt hole.

There is no ideology behind Aksyonov or Konstantinov. It is rather a banal and cynical pursuit of personal ambitions. They have planned to carve up Crimea already. It could be easily understood from dialogues with the Russian pseudo-elite – oligarchs seriously discuss the subject of redistributing real estate on the Crimean south coast in their favor and complete ousting of the local commercial actors.

Why is population that is genuinely supporting pro-Russian orientation for Crimea unable to shape an adequate ideological leader?

Why are the residents of the south coast of Crimea ready to vote even for a devil in case if he articulates some standard populist messages?

The answer on these questions provides the referendum’s low turnout. It shows that Crimea is still asleep. The majority of Crimeans today is a so-called ‘kitchen army’ afraid of expressing their discontent regarding the current mayhem on the peninsula publicly.

Will the local population step out of the Crimean comfort zone? Either that, orl a tiny minority of the population of the Crimean south coast will realize plans of the Russian dictator in collaboration with foreign citizens in military uniforms.

If Crimea will really rise up – the region’s perspective is not lost completely.

Original of the publication: http://www.theinsider.ua/politics/5325fafe60ed0/

2 thoughts on “INSIDER: Results of the referendum. Crimeans are afraid to express their discontent”