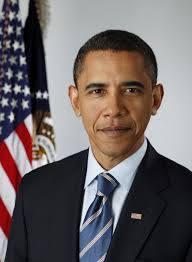 President Barack Obama said the United States shall not tolerate Russia’s attempts to annex the Crimea. According to the report of the White House, he has personally said this to the President of the Russian Federation Vladimir Putin in a telephone conversation.

The “Crimea “referendum” (these words are also quoted in the original text – Ed.), which violates the Ukrainian Constitution and has been conducted under pressure of Russia’s military intervention, will not be recognized by the United States of America and the international community,” said Obama.

In conversation with Putin, the U.S. president has also stressed that Washington, along with European partners, “is willing to make sure that Russia’s actions come at even higher cost for it”. In addition, Obama has noted that the Ukrainian government continues to take measures in order to de-escalate the conflict and that Russia could still choose the way of finding diplomatic solution to the situation.

“President Obama once again stated that a diplomatic solution to the conflict is not possible while the military forces of the Russian Federation continue their invasion of the Ukrainian territory and carry out broad scale training on the Ukraine-Russia border”, the statement said. According to the president of the United States, the U.S. Secretary of State John Kerry will continue negotiating with Russian Foreign Minister Sergey Lavrov and the Ukrainian government.