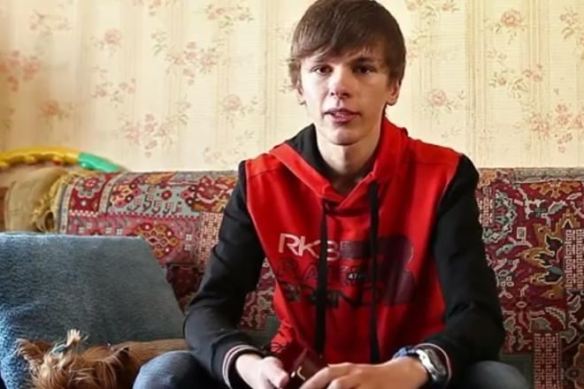 16-year old high school student Andriy Senko from Kyiv announced that the President of Russia, Vladimir Putin, was a liar. He also added that he was returning the wristwatch gifted to him by the president, says Russian Crisis Media Center.

In 2004, Putin visited Kyiv to celebrate the 60th anniversary of the liberation of Ukraine from German-Fascist occupiers. Then, the President responded to plenty of questions from Ukrainians in front of the cameras, which were submitted by the Internet. There were about 50,000 questions in total. A question by 6-year-old Andriy was one of them.

The boy asked the Russian president: what do you dream about? Putin said to the boy that he dreams that “everyone will be happy and live in peace,” said the student. For asking this question, Senko received a gift from Putin. He…