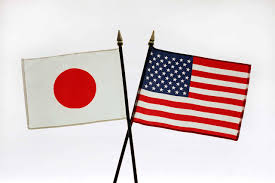 The USA is ready to impose additional sanctions against Russia in connection with the annexation of the Crimea; they will affect a number of Russian oligarchs from Vladimir Putin’s surrounding. DW’s Russian service informs, referring to Reuters, that this has been reported by the White House Press Secretary Jay Carney. Carney believes that these measures will affect the Russian economy. He advised the investors to be careful with Russian stocks.

Earlier, Russian Foreign Minister Sergey Lavrov in a telephone conversation with the U.S. Secretary of State John Kerry called sanctions already imposed by the United States of America on March 17, “unacceptable” and threatened to take measures in return. The spokesman for President of the Russian Federation Dmitriy Peskov stated that Russia would switch over to other partners in case of economic sanctions from the USA and the EU.

Meanwhile, Prime Minister of Japan Shinzo Abe said that Tokyo is studying the matter of introducing new measures against Russia due to the treaty of accession of Crimea and Sevastopol to the Russian Federation. “It violates the unity, sovereignty and territorial integrity of Ukraine, we criticize it”, he said during the debates at the upper house budget committee of parliament, ITAR- TASS reports.

On March 18, in connection with the events around Ukraine, Tokyo has ceased negotiations with Russia on easing visa restrictions and has frozen the commencement of negotiations on the possible conclusion of three treaties – on investment cooperation, cooperation in space exploration, and prevention of dangerous military activities.

“Now we shall study the matter of taking new measures against Russia in cooperation with the G7 states and “other countries”, said Japanese Prime Minister.

He has also informed that if the situation in the Parliament permits, he will participate in an informal G7 meeting to discuss the situation around Ukraine that the USA suggested to conduct within the framework of the Nuclear Security Summit, which shall take place on March 24-25 in the Hague.

1 thought on “The USA is preparing new sanctions against the Russians, and Japan is thinking about the same.”