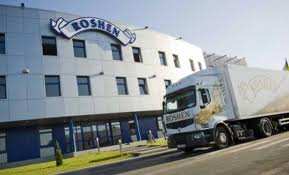 Petrenko also reported that Roshen has suspended production for a week at its Lipetsk facility in Russia, starting March 19. “Work has been suspended due to the fact that yesterday, March 19, company representatives of the Ministry of Internal Affairs of Russia in Moscow conducted inspections at our Lipetsk company as part of a criminal case that we consider fabricated. Under such conditions, production is impossible,” she explained.

According to Petrenko, criminal proceedings have been initiated against LLC Roshen, the legal entity of the corporation registered in Russia in the city of Lipetsk, and against OJSC LBC Roshen. However, the company representative did not disclose any details or reasons for the criminal case.

The Lipetsk information portal Gorod48 reported that early on March 19 the entrance to the confectionery factory Roshen in Lipetsk was blocked by a truck of the riot police OMON and a police UAZ vehicle. Workers were not permitted to enter factory premises.

The Lipetsk company belongs to the Ukrainian confectionery company Roshen, which is part of the corporate entity controlled by businessman Petro Poroshenko. Earlier, Poroshenko told mass media that he had provided assistance to participants in Euromaidan in Kyiv.