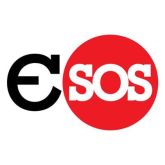 As EuromaydanSOS noted on 12 April 2014, Russia started its invasion of mainland Ukraine, in a clear parallel to developments in Crimea. See the statement here.

Please take it seriously that these attacks on administrative buildings in Eastern Ukraine are conducted by well trained, coordinated armed personnel – these are NO spontaneous protesters. This video from Kramatorsk (Donetsk Region), for instance, shows how a trained commando with automatic rifles tries to overwhelm a police station, later brings a group of about 50 mobsters that are seemingly supposed to overtake the police station.

When this attempt fails, mobsters are sent back and the commando opens fire on the station. There is no doubt that these commandos’ actions are well a conceived military operation. (Indeed, the town of Sloviansk is a railway crossroads with an airport nearby, a strategic choice in military terms.) There are many other testimonies from the witnesses and the media on the ground confirming this fact.
As in many other societies, there are differences in Ukrainian society, too – social, ethnic or linguistic. And these would be best accommodated in an open democratic process. However, there is realistic fear that Russia will continue its aggressive propaganda and provocations to incite some of these differences into real conflicts, and use this as a pretext for its military presence. And the threat of this situation spiralling into a genuine open war is real. Russia has no intention of changing its current behaviour.

The EU has a lot of instruments to mitigate the risks of bloodshed:

5 thoughts on “EuromaidanSOS: Sanctions are not enough!”