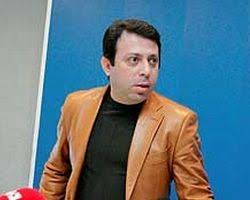 A special forces battalion called Dnipro is being formed in Dnipropetrovsk, announced Deputy Governor of the Dnipropetrovsk Oblast Administration Hennadiy Korban, as reported by TSN, April 14. According to Korban, the formation of the battalion will begin this week and the selected soldiers will not represent any political organizations.

Korban said that organizers are especially interested in volunteers with battle experience and previous experience in armed forces or law enforcement agencies. The salary of an ordinary soldier in this elite unit will be not less that the UAH equivalent of US $1,000. A commander’s salary will be the equivalent of US $5,000-10,000. Partial funding will come from the Ministry of Internal Affairs and the rest from the Dnipropetrovsk Governor’s team,” he said.

For the post of commander, experienced officers –“Afghans (Ed. veterans of the war in Afghanistan)– will be considered and will be selected according to their military abilities and accomplishments and not on the basis of relationships and connections, Korban explained.

“The battalion will be armed with weapons from warehouses of the Ministry of Internal Affairs and the Ministry of Defense of Ukraine. Operations will be planned and carried out in collaboration with government agencies. The Governor of the Dnipropetrovsk Oblast Ihor Kolomoysky will have personal control over the actions of the Dnipro special forces battalion ” he said.

“First of all, I want to warn all these so-called ‘green men’ that, in contrast to others, we are not cowards, and any attempt to seize buildings of the Security Service or the Ministry of Internal Affairs will be met immediately with lethal force. Anyone who wants to arrange a war in this region needs to know that Dnipropetrovsk will become a second Stalingrad for them, but this battle will be won by the Ukrainian people,” he said.

As previously reported, Ihor Kolomoysky funded fuel and body armor for military units of the Southern Operational Command in March.