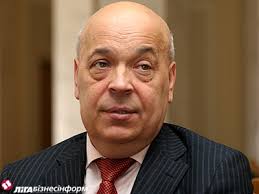 MP Hennadiy Moskal, former deputy minister of internal affairs, says he has received information from reputable sources about Russian plans to stage fascist demonstrations in cities in Western Ukraine in order to terrify the population in Eastern Ukraine and undermine international support.

He reports on the planned provocations on Facebook, on April 16:

On April 28, which is considered the anniversary of the creation of the SS Division “Halychyna,” marches are supposed to take place in the central streets of Lviv, Ivano-Frankivsk and Ternopil under the symbols of SS Halychyna and using slogans designed to be perceived by people in Southeastern Ukraine as threatening to freedom, life and property. The plan also calls for slogans that encourage the killing of separatists and the destruction of buildings and offices of the Communist Party, the Party of Regions, and local administrations. The purpose of these actions is to stir up increasingly vehement separatist sentiments in the southeastern region of Ukraine.

The obtained information comes from very reliable sources with direct contacts to the operation planners. In Lviv, Ivano-Frankivsk, and Ternopil oblasts, some 1,000 specially trained special service personnel will be arriving under the guise of tourists so as not to arouse suspicion among Ukrainian border guards through the Chernihiv Oblast checkpoint and also from Belarus. These individuals are specially trained by the Russian special services, are fluent in Ukrainian, and will be active participants in the provocation.

Some of these individuals are already present in Ukraine and are seeking contacts with local civic organizations and with individuals who will agree to join the crowds in exchange for payment. Coordinators of these provocations are experienced members of Russia’s intelligence services who are natives of the western regions of Ukraine and who speak local Ukrainian dialects. Many are already present in Western Ukraine.

The organizers of this special operation are expecting the mass media from around the world to portray these events as the emergence of neo-Nazism in Ukraine, thus causing great concern in Western Europe. Another goal of the provocation is to use the May 1-9 holidays for large-scale aggressions throughout Ukraine designed to protest the “neo-Nazis,” the supporters of SS Halychyna, and the “banderites.”

Moskal says he is publishing this information “so that the Russian planners of this special operation realize that Ukrainians know of their intentions.” He also appeals to the head of the Security Service of Ukraine (SBU), the minister of the Interior Services of Ukraine, and the heads of the Lviv, Ivano-Frankivsk and Ternopil oblast state administrations “to take all possible measures to prevent provocations that may have unintended consequences for Ukraine and to inform local residents of the planned provocations. I hope our intelligence agencies will act will utmost responsibility regarding this information,” he says.

Moskal’s warnings were echoed by MP Mykola Tomenko at his briefing in the Verkhovna Rada, April 16, who stated that provocations are being planned for late April and May 9. According to Tomenko, protection of military installations and media properties is essential, since in Crimea everything began when pro-Russian forces “seized broadcasting centers, cut off the Ukrainian channels, and started transmitting the ones from Russia.”

“These actions will have a supposedly patriotic character, but at the last minute the provocateurs will appear with fascist slogans and will begin to destroy everything — offices of the Party of Regions and the Communist Party. Everything will appear as if some Ukrainians with fascist flags and evoking Hitler are demonstrating in Lviv. This will be shown around the world. The separatists will say, ‘This is terrible! We must divide up Ukraine,” he concludes.