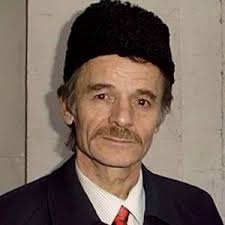 “We’ve been informed that supporters of deportation, or the creation of conditions that would force the Crimean Tatars to leave Crimea are in the majority (in the FSB),” he said, citing sources in the Russian security services.

Manifestations of chauvinism on a daily basis have increased significantly in Crimea,” he added.

“For example, these so-called ‘Cossacks’ ask: ‘And when are you leaving? After all, you will be evicted anyway. I would like to move to your apartment.’ And this is being said by good neighbors who used to go to each other’s homes,” he said.

According to Dzhemilev, the same situation exists in schools. Children are beginning to attack the Crimean Tatar children, especially if they speak their own language.