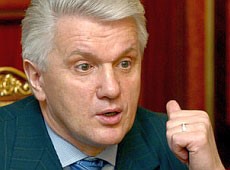 During a meeting with people’s deputies, US Vice President Joe Biden stated that insufficient efforts are being made in Ukraine to combat corruption, says Volodymyr Lytvyn (independent MP), Chairman of the Parliamentary Committee on National Security and Defense.

Lytvyn noted, “Biden’s final words, which were perhaps influenced by the speeches, were extremely harsh.”

“Particularly concerning corruption in Ukraine. He stressed, ‘You are unable to overcome corruption. The world will not tolerate this, but we cannot solve this problem for you ourselves. You always emphasize that you need help in the energy sector, yet this system is completely corrupt as well,’” the MP quoted the U.S. Vice President as saying.

4 thoughts on “Biden has criticized the Ukrainian people’s deputies for being unable to defeat corruption: Lytvyn”