The Main Investigation Headquarters of the Investigative Committee of the Russian Federation in Moscow does not consider it a crime to define Hitler in 1939 as a “politician of the highest class,” as has been done by the pro-Kremlin political scientist Andranik Migrayan in his article “Our Peredonovs” published in “Izvestiya” newspaper.

This was written by a member of the legislative assembly of St. Petersburg from the fraction of “Yabloko” Boris Vichenskiy on his blog on “Echo Moskvi.”

According to him, his fraction colleague Alexander Kobrinskiy and himself sent a plaint to the head of the Investigative Committee Alexander Bastrikin, asking him to conduct an investigation of Migrayan’s statements and examine the issue of holding him criminally responsible.

“To our mind, his statements are a factual excuse for the crimes committed in fascist Germany before 1939 on motives of international animosity and hatred, which falls under the category of extremist material stated in part 3 of article 1 of the Federal Law “Regarding Counteraction to Extremist Activity,” as it excuses the practice of committing crimes aimed at “full or partial destruction of any ethnic, social, racial, national or religious group,” wrote Vishenskiy. 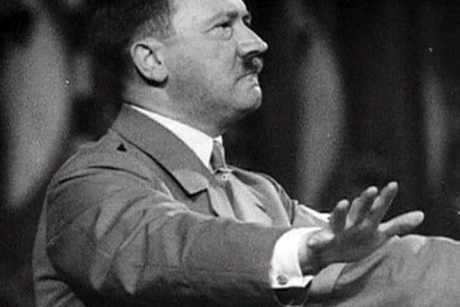 He added that he received the response on May 19th from the deputy head of the Main Investigation Headquarters of the Investigative Committee of the Russian Federation in the city of Moscow, podpolkovnik of justice A.N.Zyazev.

“The essence of the response: ‘A. Migrayan’s statements, which reflect the attitude of the author to one of the periods of A.Hitler’s activity, do not contain enough data that would indicate the presence of characteristics of crime presumed by part 1 of article 282 of the Criminal Code of the Russian Federation in the actions of A. Migrayan,” noted Vishenskiy.

He also added that the answer of the Committee cites the order of the Plenum of the Higher Court of the Russian Federation number 11 from 28.06.2011 ‘Regarding court practice of criminal cases of crimes of extremist direction.’

“The Investigative Committee, however, does not see anything unlawful in praising Hitler, considering it a ‘scientific or political discussion.’ Therefore one can praise him. And not just Migrayan (only Bandera cannot be praised). This is not punishable in Russia (what a huge gift was given by the Investigative Committee to the Russian neo-nazis!). This is not considered fascism. Which, as they are explaining to us, only exists in Ukraine,” adds the Russian official.