An eloquent illustration of these misfortunes can be found in the memoirs of those who survived, and in the few photographs carefully preserved by the deported families.

“I was born in 1932 in the village of Koz, Sudak District. When I had finished three grades, the war began. I never got the chance to continue my schooling.

“When the deportation began, our father was not with us; he was on the front. Our mum and the six of us kids were thrown out of the house by the soldiers.

“We didn’t have time to take anything with us. Hungry and unclothed, we made it to Uzbekistan, to the collective farm Nazarbai in Bekabadskiy District. We were given a small house with the roof at ground level. Our family could barely fit inside it. In 1944 my brother Reshat was the first one to die, and my sister Mevide died the next year. Mum cried day and night and lived for only three days after my sister’s death. The day after Mum died, our neighbor Abdulla Aga came by to deliver the dreadful news that my brother had died. My brother had a leg and an arm tucked up, his eyes and mouth full of ants. I tried to straighten his arm and leg, but they were rigid. I took a cloth and wiped his eyes and mouth. Then I heated up some water and went to an old woman to ask her to wash my brother’s body. But she told me that boys should be washed by men and sent me to the old man Dzhebbaru. I went to him, and when I returned home I found a car waiting for us – my two sisters and I were taken to hospital. That night another of my sisters died. Two days later, the second one died too. I was left all alone.

“So I wandered from house to house, begging. One day my neighbors took pity on me and took me to the marketplace to exchange the remainder of my things for food. They left me by the entrance and I was lying on the ground with no strength to stand up. Somebody called me by my name—I could hardly open my eyes—it was my relative asking me “What are you doing here?” I told him everything and he put me on his back to take me to his home. That’s how I was saved from death.

“Later my father came looking for me, when he came back from the front. When he left he had a wife and six kids, and now he had only me.

“My mum died when she was 34 and my eldest brother was 16 years old.

“How could one possibly describe and give an account of those dreadful years? I will remember those till the end of my life.” 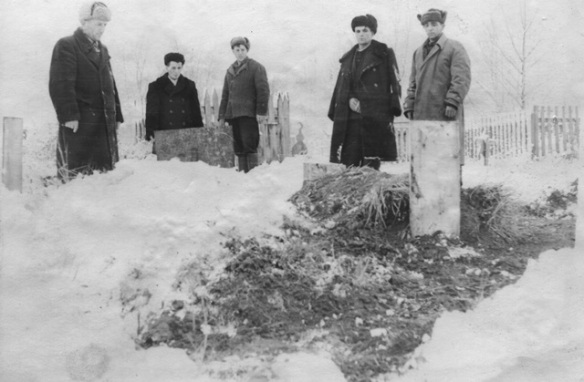 Crimean deportees (residents of the villages of Otuza and Shelen), city of Krasnovyshersk, Molotovska Oblast, 1944. 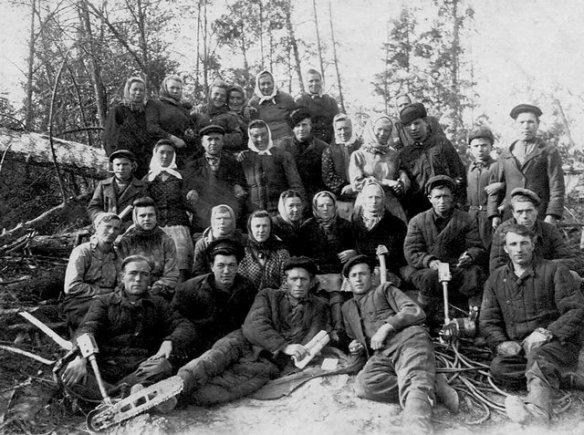 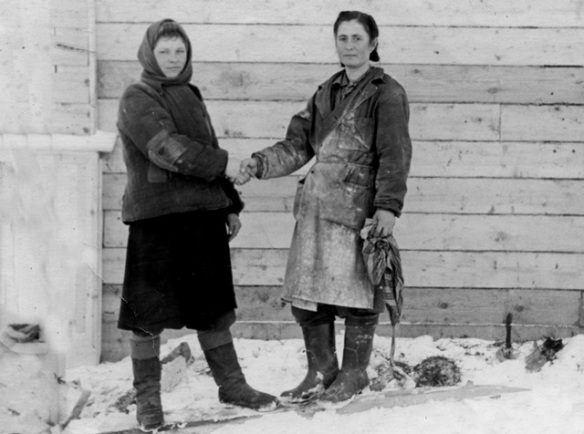 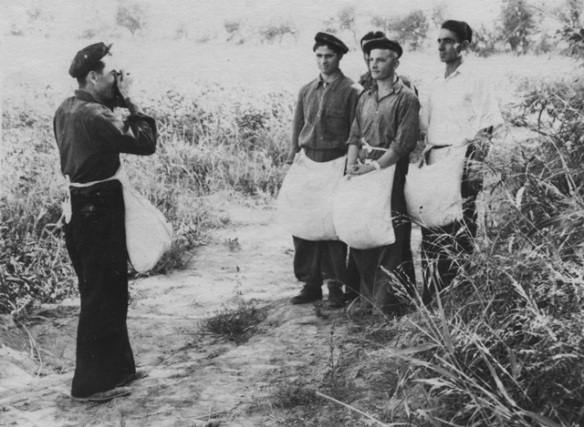 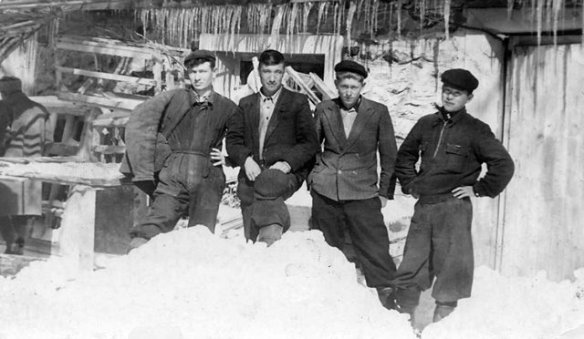