Meet the new and democratic Mayor of Kherson

By Ivan Oberemko
05.31.2014
Translated and edited by Voices of Ukraine 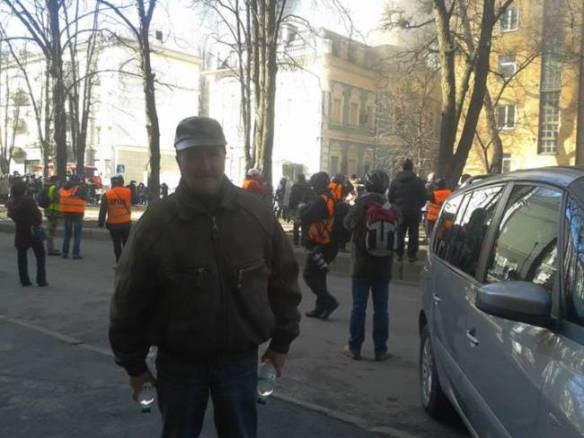 The man in the photo is Volodymyr Mykolayenko. This picture was taken on February 18, 2014. The fire in the background is from the burning headquarters of the Party of Regions. After this, Volodymyr survived a night on Maidan, throwing tires into the forward barricades. The days he spent on the Kyiv Maidan were the only days he missed of the Kherson Maidan.

Today Mykolayenko became the official Mayor of Kherson. And for me, personally, it is still the only real, tangible result of Euromaidan which can be considered heavenly justice. Does [Petro] Poroshenko becoming President signify a victory? Not for me. If Yulia [Tymoshenko] had become the President, orOleh or Vitaliy [Klitschko]–I would have grimaced more. Is Chernovetsky’s people taking positions in Kyiv City Council the result of Euromaidan? No; it is the result of…