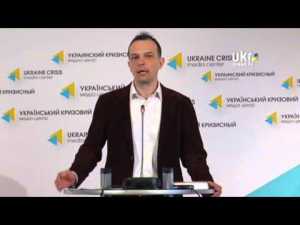 According to Sobolyev, the restriction applies primarily to positions in the courts, prosecutor offices, law enforcement and other security agencies. Hiring must be done through an open competitive process, he said.

“However, former heads of Komsomol and Communist Party organizations should not have the right to compete for jobs. This topic is relevant even today. It applies, for example, to Oleksandr Turchynov, Oleksandr Yefremov and a whole group  of people,” Sobolyev said.

“We also propose to prohibit people who had worked for the KGB, were agents of the KGB, and trained in its schools from being considered for the jobs. Our current head of the Security Service of Ukraine (SBU) Valentyn Nalyvaychenko , in particular, belongs in this category. You can stone me if you believe he operates efficiently and that the SBU under his direction is providing results for the country,” he said.

According to Sobolyev, additional people who should be kept from government jobs include former heads of state agencies who did not resign during the revolution, those who supported the annexation of Crimea and the violation of territorial integrity of the country, and those who “cannot explain their sources of income or the income of their family.”

When asked if such a decision could lead to a shortage of professionals for government positions, Sobolyev gave the example of the Czech Republic, where security services of the country were re-created and the “first director was an artist.”

“People on Maidan did not take an important step: they brought the current leaders to power, but they did not go into government. I said that you will never win that way,” he added.

According to Sobolyev, committee members are planning to meet on Friday, June 13, at 17:00, to deliver their proposal for appropriate amendments to the law on lustration to President Petro Poroshenko. Interested individuals are invited to join the action, he said.