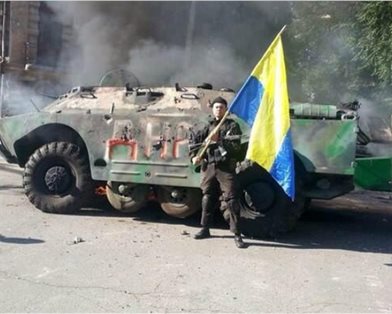 The active phase of the Anti-Terrorist Operation (ATO) began today at about 5.00 AM in Mariupol. The National Guard of Ukraine, and Azov & Dnepr-1 Battalions participated in the operation. The area of active ATO ​​operation in the center of Mariupol is now sealed off. Roadblocks around Mariupol are secured by the Armed Forces of Ukraine.

According to the Minister of Interior, all key strongholds of terrorists were taken under control. One armored reconnaissance and patrol vehicle (BRDM-2) has been destroyed as well as multiple terrorist sniper nests. Five terrorists were killed during the operation, and four wounded.

1 thought on “ATO forces cleaning up Mariupol From Terrorists: Video From The Town”