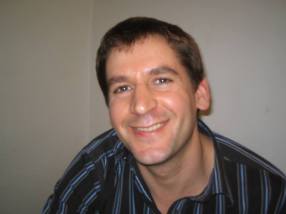 There is broad agreement that Poroshenko has been giving a good account of himself so far.  He gave an excellent inaugural speech; but has also been displaying the kind of behavior which might suggest he understands the idea of public service.  This is in stark contrast to Yanukovich, who behaved like an oriental potentate – shutting down roads to speed around in convoys of black limousines; on one occasion Yanu’s security detail – the story goes – blocked off the public toilet on a visit to Brussels – denying access to bewildered Eurocrats, while the boss relieved himself.

There are suggestions about a window of opportunity for a change in momentum in the east: while Poroshenko and other leaders try to engage Putin; while Russia tries to send a PR message of ‘responsible global player’ during this month (in June, Russia holds chairmanship of the UN Security Council); and while the four-week threat of ‘next-tier sanctions’ (from the US and I assume close allies like the UK) hangs in the air.  However, in my view this is something of a false hope.  I can’t see any evidence that Russian policy is changing from tactical (short term) to strategic (longer term); in which greater case the risk of sanctions might not appear (to the Russian leadership) to present a real and present threat – especially if the Russians hold the view that such sanctions are never in fact going to be applied.  We can take heart from recent evidence that the Ukrainian side, under evolutionary pressure, is learning how to get much better at organising actions in the east.  The ‘humanitarian corridor’ idea – to relocate people at high risk – seems to be a preface to yet more determined action.

I tend to believe that Ukraine – as much as it is able – should attempt to sort out its own internal problems: and, as suggested above, the demands of the situation are now leading into greater abilities on the part of the Ukrainian state.  I clearly remember the beginning of Maidan, when I got involved in debates with people who seemed to think that it was the EU’s responsibility to step in, somehow remove Yanukovich and take control of the Ukrainian state – then manage a transition to ‘Europe’.  This was both wholly unrealistic and would have been a pointless exercise, failing to break the old habit of relying on a ‘Big Brother’ to organise things for ‘Ukraine’s Children’.  I think most readers of this site will also agree that we value most those achievements we win for ourselves.  Nevertheless, at this point (with tanks –albeit reportedly T-72s, 1970s models – crossing the border) I think the time has come to act – the faster, the better.  I know that (rule-of-law) governments and international bodies need to act in accordance with their own laws – including presumption of innocence and weight of evidence (in this case, in dealings with Russia).  However, it’s difficult to imagine that tanks crossing national borders – no matter who organised it – is not a state-level matter.  And while I think nation-states are fundamentally responsible for themselves and their own interests, I also think that national and international policy should not simply serve narrow self-interest but incorporate ethical considerations.  From the view of the democratic world, these two factors – self-interest and ethical values – coincide more and more.  As military and business strategists know, in crisis situations a general rule of action is that it should be ‘overwhelming’ enough to turn the tide of events.

Shifting our attention to matters within Ukraine.  In my view, in the end the Ukrainian state will manage to keep Donbas a unified part of Ukraine.  However, this could take several months or even drag on longer.  In a narrow tactical sense, we can assume that Putin will see it as in his own interests to damage Ukraine’s ability to reform and succeed, to the greatest extent; meanwhile sending his own public a powerful message about the danger of ‘instability’ (regime change).  Donbas itself is likely to be an economic and social basket case, by the end.  However, it’s worth bearing in mind that the area was already in terminal condition – only temporarily kept alive by subsidies, while ignoring the problems.  From a fatalistic perspective, perhaps Donbas had to have its own ‘Maidan moment’ – the force of the shock being consistent with the size of the problems.

Another matter to consider.  Poroshenko has appointed, to Presidential Administration posts, a generally capable and ‘Westward-looking’ team.  There are also some good people in other state posts – people like Sheremeta (Economic Development), Kvit (Education), Heraschenko (Interior Ministry), Klymenko (Customs); and Yatsenyiuk himself is doing well within his own area of expertise (Economics).  However, keep in mind that Poroshenko has limited power to reform the entire state (post-Yanu, presidential powers have been curtailed); and Poroshenko may well be tempted to try to extend his powers – not good for democracy.  Furthermore, the Rada remains packed with oligarchs or wannabe-oligarchs; or genuine or cynical ideological hangovers (like Communists and ex-Party of Regions).  It would be a mistake to believe that the state has somehow ‘gone wrong’ and can therefore somehow be returned to ‘the right track’.  The state has never been other than a corrupt kleptocracy – it was fully functioning, in this role.  The challenge is huge – wholesale reform of all state institutions; which can only succeed if pressure is brought to bear from every possible direction – upwards (from the public); sideways (from the outside world); and downwards (from the top).

This leads into the question of the oligarchs.  Some (like Kolomoisky and his colleagues Filatov and Korban, and Taruta) jumped early and took grave personal risks.  For now, they are playing a positive role; it but it remains to be seen how they can adapt to a ‘New Ukraine’.  A few – like Pinchuk and Kernes – seem to have avoided much fallout, but have not come out of events in a favourable light. Others – like Akhmetov, Novinsky and many other Yanukovich-partner figures – look very compromised, showing limited signs of recognising and working within a new system.  Akhmetov’s position is especially vulnerable: holed up in his Kyiv Hq (walking past his luxurious building, drawn curtains show he is very often in his private office), Ukraine’s richest man – for years a kingmaker – could lose everything; but take down a lot of others on the way.

The road ahead is not an easy one.  But I think EuroMaidan’s hopes and aspirations are alive and well.  I personally am grateful for having the chance to make a contribution: and I am hopeful that with enough focus and determination New Ukraine and its supporters will make it through.

Source: Brit on the barricades