OTTAWA, May 8 – The Head of the Ukrainian Greek Catholic Church (UGCC) met with Prime Minister Stephen Harper today to discuss the crisis in Ukraine. Major Archbishop Sviatoslav Shevchuk of Kyiv is in Canada for a ten-day visitation of the Ukrainian Catholic Eparchy (Diocese) of Toronto.

The Major Archbishop told the Prime Minister that his Church has consistently called for peace and reconciliation in Ukraine. However, the aggression by representatives of the Russian Federation has undermined the Church’s efforts to maintain calm. “There was no tension between Ukrainians and Russians in Ukraine until the Russian government annexed Crimea,” said the 44-year-old Primate of the five-million-strong Church. “It is the illegal actions of the Russian government – following upon years of Kremlin-backed corruption in Kyiv – that have brought strife to the country.” END_OF_DOCUMENT_TOKEN_TO_BE_REPLACED

The Prosecutor General’s Office of Ukraine reports that Luhansk oblast prosecution offices are conducting investigation in connection with a criminal proceeding over the violent murder of a married couple in front of their underage daughter. Information on this criminal event has been filed with the Unified Register of Pretrial Investigations, with charges under Article 115 of the Criminal Code of Ukraine (intentional homicide of two or more persons perpetrated by a group acting in prior conspiracy).

END_OF_DOCUMENT_TOKEN_TO_BE_REPLACED

In Crimea, the priests of the Ukrainian Orthodox Church (Kyiv Patriarchy) are ready to serve their liturgies in mosques. Channel 5 reports that Crimean Tatars offered them this shelter, said the spokesman for the Kyiv Patriarchy, Archbishop Yevtratiy Zorya.

Archbishop Zorya states that two priests have left Crimea; eleven more led by Archbishop Clement continue to serve there. But all the clergy of the Kyiv Patriarchy was forced to take their families out of the peninsula. The Orthodox will accept the invitation of the Crimean Tatars to pray in mosques, if they feel danger in their own churches in Crimea or if the priests and parishioners of the Kyiv Patriarchy are kicked out of their churches. END_OF_DOCUMENT_TOKEN_TO_BE_REPLACED

1. We express our support for the legitimate government of Ukraine and call on it to fully restore constitutional order and affirm citizens’ political, economic and other fundamental rights and freedom. We note, in particular, the urgent need for a decisive, consistent and systematic fight against corruption, which eats away at our society and violates the tenets of our religion.

2. We affirm once again our statement of 22 February 2014, which categorically condemns any sort of discussion of a potential division of our homeland and any attempts at separatism and emphasizes “the territorial integrity of Ukraine, whose independence is a gift from God and is valued by our entire nation, which is why  have no right to allow for its separation, as this would be  a sin before God and future generations.”

END_OF_DOCUMENT_TOKEN_TO_BE_REPLACED 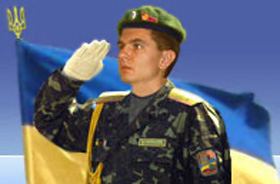 We, the representatives of Ukrainian churches and religious organizations, who are authorized to organize pastoral care among members of the Armed Forces and other military formations of Ukraine, are concerned about the situation that has developed in Crimea and other regions of our country.

Due to the intransigence of the leaders of the Russian Federation we are on the verge of a fratricidal war, pitting brother against brother. The soldiers of the Russian army and navy today are disregarding the laws of God and man that teach us how to live. END_OF_DOCUMENT_TOKEN_TO_BE_REPLACED

At this difficult time, when the military units of the Russian Federation, by breaching international and bilateral agreements, have invaded the sovereign territory of Ukraine, and the Council of the Federation as advised by the Russian President has given its consent to the use of the Russian troops in Ukraine, first and foremost we are urging all of you and all people of goodwill to unite with us in a prayer for Ukraine and the Ukrainian people. END_OF_DOCUMENT_TOKEN_TO_BE_REPLACED

Tetyana Derkatch, the religious publicist, initiates public petition to Metropolitan Volodymyr and the Synod of the Ukrainian Orthodox Church (Moscow Patriarchate) for the purpose of excommunication and anathematizing Viktor Yanukovych. She has announced the action on her Facebook page, http://risu.org.ua reports.

“The idea of ​​excommunicating authorities and anathematizing them for their crimes, incompatible with even the slightest requirements for a Christian, is not new. This should be done when an especially high-ranking member of the Church sets a bad example for society by his or her inadequate response, which spells corruption for the whole society,” – Tetyana Derkatch explains. END_OF_DOCUMENT_TOKEN_TO_BE_REPLACED