Crimean Tatars have been banned from celebrating their national Flag Day in downtown Simferopol. Dilyaver Akiyev, Head of the Council of Medjlis, reported this on Wednesday [18 June].

According to him, on 26 June the Crimean Tatars had planned to hold a number of public cultural  events, with kids’ contests and exhibitions. They filed relevant applications with City Hall. However the authorities refused the applications, alleging that the Tatars will prevent tourists from relaxing. Instead, the occupation authorities proposed that the Tatars hold the festival in another park, located in the outskirts of Simferopol. The Majlis turned down this option; and the Tatars will file another application to hold the event on Simferopol’s central square.

As reported earlier, in May the Crimean Tatars were banned from commemorating their Day of  Mourning on the occasion of the 70th anniversary of the Tatar deportation from Crimea. END_OF_DOCUMENT_TOKEN_TO_BE_REPLACED 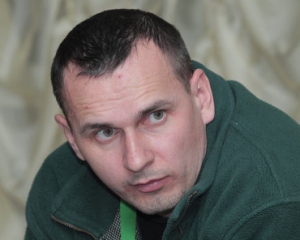 Oleh Sentsov, the Ukrainian film director who is being accused of preparing a terrorist attack in Crimea, might face 20 years imprisonment in Russia, as his lawyer Dmytro Dinze informed, who also noted that official charges have been brought against Sentsov only on June 11, Deutsche Welle reports.

“It is already possible to consider twenty years of imprisonment under the Russian anti-terrorism law,” Dinze says. Before being granted access to the documents of Sentsov’s case, the attorney had to sign a confidentiality statement.  END_OF_DOCUMENT_TOKEN_TO_BE_REPLACED

Recently, Facebook posts have become more frequent about the fact that those who have come from the eastern regions act somehow strangely, they are rude and dissatisfied with everything, even though they themselves have always been the least politically active citizens of Ukraine.  END_OF_DOCUMENT_TOKEN_TO_BE_REPLACED

Crimean businessmen have come up with the “virtual holiday” service for those who don’t want to go on vacation to the peninsula.

Regardless of the fact that currently there are almost no tourists in Crimea and the beaches are empty, Russian President Vladimir Putin assures that the resort season will happen on the peninsula, even if he has to force Russian governors to go there.

However, as “Groshi” reports, the governors are not hasty to go to Crimea even for taxpayers’ money. Holidays on the beaches of Morocco or Hawaii is much more to their taste, and as they are supposed to report to Putin about their holidays, a new service was invented in Crimea – virtual holidays.

The main idea of the service lies in that the governors can simply go on holiday to the Canary Isles, and the Crimeans that have come up with the scheme will provide an alibi regarding holidays in Crimea. The price of such a service constitutes about 30 thousand UAH.

Crimea businessmen work exclusively over the Internet. They offer a full package of documents to the Russian businessmen that confirm that they had indeed spent several weeks on Crimean beaches.

It is curious that the service is already incredibly popular, even though the “businessmen” don’t give any guarantees. However, Russian bloggers think that Crimean “problem solvers” will soon become billionaires by selling virtual vacations.

The out-of-office correspondent of “FAKTY” shared his impressions about the trip from Kyiv to the occupied peninsula.

I hitchhiked from Kyiv to Crimea by car. Along the road, at traffic police posts there are reinforcements made out of sandbags. Frequently, people in army camouflage can be seen next to the traffic police.

Our old “Ford” was not stopped by anyone. It seems that luxury cars evoke more interest. The close to the south, the more frequently we see roadblocks with sandbags. Night falls. After Kirovohrad the armament at the roadblocks is more serious: we see armoured personnel carriers and missile systems. In Kherson oblast, there is a lonely roadblock on one of the empty parts of the road. The lights of our car spot two soldiers in the darkness. They are sleeping without a care in the world next to the bags.  END_OF_DOCUMENT_TOKEN_TO_BE_REPLACED

The Russian-Ukrainian talks regarding gas with the mediation of the EU Commission ended with what they should have ended with – Stockholm arbitrage and the demand to make advance payments for gas. And this is a logical consequences of the approach to politics and economics that Putin’s Kremlin preaches.
END_OF_DOCUMENT_TOKEN_TO_BE_REPLACED

Business cannot seal deals in Crimea, the resort season is on the brink of disruption, and it is difficult to pay taxes

Russian governors and businessman are going to annexed Crimea, however real deals do not happen. The rest season may be disrupted because of bad logistics. It is difficult to pay taxes, as there are not enough banks, and re-registration using Russian rules is yet to come. These are the complains that the Crimea businessmen have directed to Business Russia.  END_OF_DOCUMENT_TOKEN_TO_BE_REPLACED

The Meijlis of the Crimean Tatar people have appealed to a number of international organizations in connection with frequent cases of people going missing on the peninsula.

In particular, an appeal titled ‘Prevention of cases of abduction and disappearances in Crimea’, adopted at a meeting of the Meijlis, has been sent to the United Nations Organization for Security and Cooperation in Europe, as well as a number of international human rights organizations.

According to the appeal, in recent months Crimean society has faced a very dangerous phenomenon previously uncharacteristic of Crimea—kidnapping. The Meijlis cite the example of Reshat Ametov’s kidnapping in early March. Ametov, the father of three young children, was later found brutally tortured. END_OF_DOCUMENT_TOKEN_TO_BE_REPLACED

Russia is already spreading the “experience” of occupied Chechnya to Donbas.

Obviously, sending Chechens to the far away and completely disconnected Ukraine was a decision made by the Russian Federation government also with the goal to bury the issue of Russia’ military crimes in Chechnya forever – bury it under the tag of the “bandit people,” which would like nothing more than “to go to war, no matter where and what for.”

The long trace of the unfinished Russian-Chechen War is becoming more and more obvious on the “soil” of Eastern Ukraine. The grievous crimes committed by the Russian military-political forces on Chechen land, which have gone unnoticed by the main international institutions, have “metastasised” first in the aggression against Georgia. And now, with even more rascality, they are being committed in Donetsk and Luhansk oblasts of Ukraine.  END_OF_DOCUMENT_TOKEN_TO_BE_REPLACED

Speaker of the Russian State Duma states that it is not his country, but Ukraine, who annexed Crimea in 1991. The leading Russian official is citing the results of the referendum of doubtful legitimacy, which took place on the peninsula back then. So when and who really did annex the peninsula?

Speaker of the State Duma, the lower chamber of the Russian parliament, Sergey Naryshkin was completely serious when he stated the following from the Parliament booth on Wednesday: “Essentially, 23 years ago the annex of Crimea was conducted.” It was conducted, according to him, by Ukraine – “thanks to the irresponsibility of a number of Russian politicians.”  END_OF_DOCUMENT_TOKEN_TO_BE_REPLACED