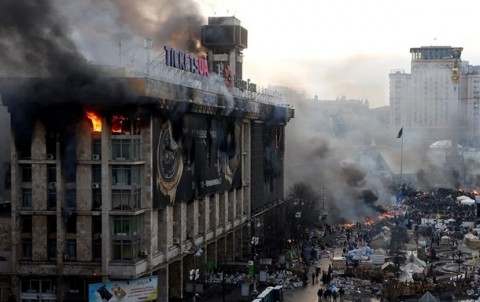 The ex-chief of the Alpha Special Forces of the Secret Service of Ukraineh Volodymyr Chovhanyuk asserted that the Trade Union’s House was set on fire by the protesters. He made this claim at the meeting of the Verkhovna Rada Interim Committee of Inquiry into the Mass-shooting of the People, LIGABusinessinform reported. According to his account, when the Special Forces entered the Trade Union’s House one of the group opened negotiations with the activists. END_OF_DOCUMENT_TOKEN_TO_BE_REPLACED