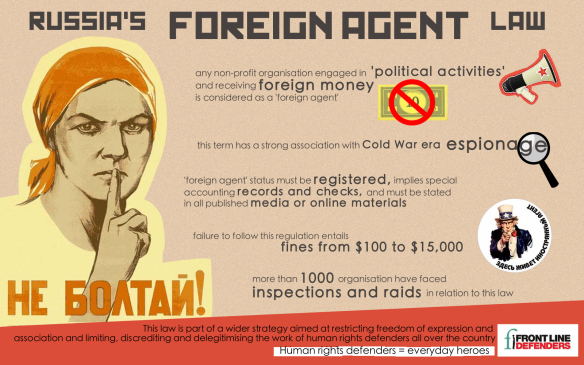 Lately I wake up in the middle of the night with a complexity of thoughts about the situation in Ukraine, the effect it has on the former Soviet Union and on relations between Russia and the West. In particular the posts by Russian nationalists, pro-Putin facebook users and facebooks glorifying the deeds of Berkut leave a bad taste and a considerable impression. Some are downright stupid, others are racist or anti-Semitic, some are really abhorrent – but many show a total lack of information on what is actually going on outside Russia. The information block that the Putinshchina imposed really works, and we haven’t seen the end of it: now even livejournals that provide balanced information on Maidan are banned because of ‘extremism’. END_OF_DOCUMENT_TOKEN_TO_BE_REPLACED