Roman Romanenko, a Ukrainian living in Vologda (Russia), has witnessed the following printouts distributed in all the apartments of his house. As a result of Russia’s ceaseless propaganda machine, many Russians believe that Ukrainians are out there to destroy Russia, while Crimea is under Russian occupation.

“A piece of scum from Lviv lives in your building, who supports the West in destroying Ukraine, like it was in Yugoslavia… Syria. What’s next, Russia???? His brother has been on the Maidan for a long time. “Pravy Sector” has declared a war on Russia — its method is a partisan war with the support of armed fighters from the Caucasus. Be careful, the apartment of Ukrainian-Jew Romanenko could become a conspiratorial apartment for the “Ukrainian patriots”!!!!   END_OF_DOCUMENT_TOKEN_TO_BE_REPLACED 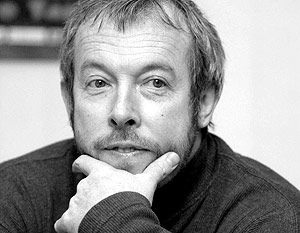 How to you fool a nation?

It’s very easy. First of all you should begin by planting hatred. Start out by focusing on a mere irritation. It is rather challenging to force calm and self-sufficient people to develop hatred – you would have to explain to them whom they should hate and why.

Initially, irritated people are a much easier target. They have already reached the right condition. Further on, you should model an external enemy (imperialists, nazis, ‘banderivtsi’, brown plague) as well as an internal one (the Fifth Column, rootless cosmopolitans) – the name itself isn’t that important. END_OF_DOCUMENT_TOKEN_TO_BE_REPLACED

An opinion from Viktor Yadukha, translated into English which explains the unfolding feelings towards President Yanukovych in all regions of Ukraine due to unprecedented growth of corruption, crime and lack of rule of law which fueled Ukrainian protests across the country. “Ukrainians are tired of the lack of rule of law. Because only Dante could live up to describing the the social hell Ukrainians are living in.”

Yesterday morning, reading about news from Kyiv, I was thinking, why don’t Yanukovych’s people put up barriers on the streets that lead to the camp of protesters on Hrushevskiy Street? Why don’t the troops, instead of engaging in these show-off exchanges of stones and grenades over the burning barricade, why didn’t they stop the protesters from getting the supply of tires (which are used to create a smokescreen), from their supply of water and food? It seemed obvious, that it could be done in far off places, without getting into a fight.