Russian journalists have expressed their support for Ukrainian colleagues and stated their solidarity in monitoring the propagandist lies of Kremlin mass media.

This is said in a statement signed by 15 Russian journalists, reports “Yezhednevniy Zhurnal.”  END_OF_DOCUMENT_TOKEN_TO_BE_REPLACED

Journalist and editor of the Journalistic Investigation Centre Sergei Mokrushin was detained by the “self-defence” and had been transported to Simferopol’s municipal hospital no.6. He is suspected of fractured ribs and contusion of internal organs, as Sergei Mokrushin informed the editors office by phone.

He said he was being transported in an ambulance to a traumatology centre accompanied by the police.  According to Mokrushin, he and Melnikov were detained by the “self-defence” and brought to their head-quarters. The interrogation and beating was witnessed by Aleksander Yuryev – former member of the community board at the Council of Ministers, and Anatoliy Petrov – member of Simferopol City Council.   Mokrushin noted that, although they saw how the journalists were tortured, they didn’t interfere. END_OF_DOCUMENT_TOKEN_TO_BE_REPLACED

The group Information Resistance believes the deaths of an Italian journalist and his interpreter and the wounding of a French photojournalist in eastern Ukraine resulted from mortar shelling by terrorist groups near Slovyansk.

Information Resistance representative Dmytro Tymchuk, director of the Center of Military and Political Research, commented on the incident on his Facebook, reports Espreso.TV, May 24. According to Tymchuk, the mortar attack on the journalists was carried out near the railway crossing near Slovyansk.

END_OF_DOCUMENT_TOKEN_TO_BE_REPLACED 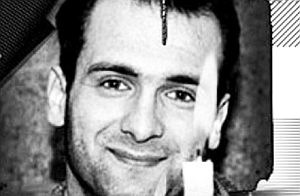 One hundred, two hundred, three hundred, a thousand … heroes who sacrificed their lives for the dignity, freedom and independence of Ukraine. For many, these are only numbers. We can recognize the faces of several of these heroes. Many others are erased from memory. Erased, but not for their loved ones.

For each family, for the parents, wives, children, friends who lost a father, a son, a husband, a friend, he was the only one, irreplaceable. For them, that wound will remain unhealed for as long as they live. But the task of the community is to preserve the memory of each hero.

END_OF_DOCUMENT_TOKEN_TO_BE_REPLACED

This is why real news of what is happening in Crimea is hard to come by–only approved Russian journalists have been allowed to work, while all others are terrorized. Journalist Alexander Aksakov’s March 23, 2014 post: 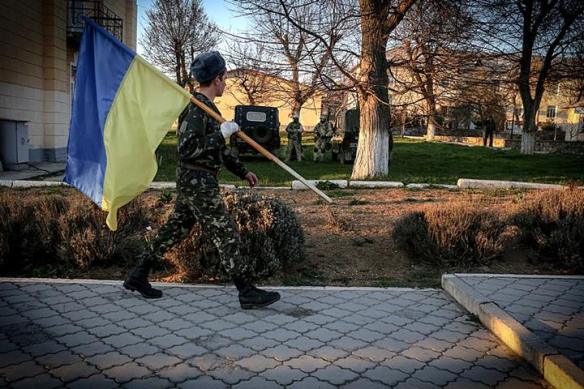 I’m all right. Here are the facts:
Today I was with my uncle, whom everyone knows. We went to photograph the assault on Belbek [Ukrainian Air Base in Crimea, near Sevastopol]. At first, everything was peaceful, for about 2 hours we photographed the Ukrainian soldiers. Poor guys, with sticks, with tree branches, with only 10 or 12 machine guns and with a “limited amount of ammunition.”
In the picture: soldiers with sticks guarding an anti-aircraft gun at the base headquarters.

END_OF_DOCUMENT_TOKEN_TO_BE_REPLACED

Phones, cameras and tablets of the journalists from Ukraine, Norway and Poland that were snatched at the Crimean Commissariat in Simferopol have been passed to Russia’s FSB. The journalists were told about this by the self-proclaimed representatives of the Crimean army.

“Your equipment is there – talk to Moscow,” reporters were told on Monday.  END_OF_DOCUMENT_TOKEN_TO_BE_REPLACED

TSN correspondent Natalia Pisnya and cameraman Serhiy Kyselyov were deported from Abkhazia after an hours-long interrogation. Currently they are in the territory of the Russian Federation and will soon leave to Ukraine.

Previously, it was reported that on March 12, communication with the crew of the TSN news service of the “1+1” TV channel was lost. It was suspected that the journalists were kidnapped. TSN reporter Natalka Pisnya and cameraman Serhiy Kyselyov were on a trip to Abkhazia. During the trip, they stopped at a local hotel. According to the communication by Natalka Pisnya with the channel management, the hotel administration asked journalists to stay put as the representatives of local security services wanted to talk to them. After that, the film crew were taken for interrogation in an unknown direction. END_OF_DOCUMENT_TOKEN_TO_BE_REPLACED 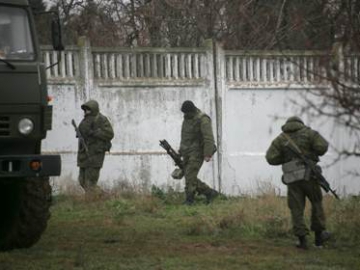 Kateryna, the wife of one of the detainees – Yevghen Rahno, told this to the Ukrainian newspaper ‘Ukrainska Pravda’. According to her, he is now on his way to Kyiv and has disclosed some details of the two days and nights he spent in the detention center via phone. END_OF_DOCUMENT_TOKEN_TO_BE_REPLACED

VICE News correspondent Simon Ostrovsky travels to various parts of Crimea in this series on the invasion, occupation, illegal referendum and overall crisis in Crimea, Ukraine. The series continues, so keep an eye out for new episodes. Since there are so few cameras allowed on the ground there, this is a rare chance to see the people involved and get a sense of the tensions, the weaponry, and many of the details we’ve been blogging about in text form, on camera.

Russian Roulette: The Invasion of Ukraine (Dispatch One)

Journalists in Sevastopol were severely beaten during the attack on the Ukrainian military unit #2355 on March 7.

Ukrainian journalists that were near the military unit #2355 (tactical unit “Krym”) were assaulted by “Aksenov’s combatants”. The journalists were severely beaten, the car in which Yelena Mekhanik was in was chased. They smashed the car and took away the cameras.

Ukrainska Pravda reports that apart from Yelena Mekhanik, journalist Andriy Tapliyenko and two more cameramen from “Inter” were in the car.

Dmitriy Belotserkovets, coordinator of the youth organisation in the UDAR party, wrote on FB:

I will start writing emotionally… but I have never seen such Fascism-Nazism-Genocide in my life. I was present during the raid of [Ukrainian] military unit #2355…Russian troops smashed the gates of the unit, and between 40 and 50 soldiers of Russian army made it inside.

They blocked the unit commander, and then they were ordered to leave… a so-called “self-defense” secured their retreat, but in in fact those were the Berkut riot police… who men who began to sweep the journalists. I have not seen such a menacing tyranny towards journalists… they made a bloodied mess… the journalists were beaten, finished off laying on the ground, pure revenge from Berkut to reporters. A broadcasting journalist from [Ukrainian] Channel 5 was severely beaten along with a Russian journalist; here is Russian democracy in action on the territory of Ukraine. Then they started looting, robbed everyone in sight, taking their phones, tablets, even bummed a wallet from someone.

I do not want my city mired in this lawlessness, this genocide against dissidents, it’s high time for the government to restore order!!!

I ask everyone to inform others about this genocide against people, it i not difficult to understand what awaits Sevastopol in the future! Complete anhiliation of free people and their freedom of opinion!

It will all come true if we do not stop them!

In addition, as per Russian TV Channel “Dozhd”, the Russian journalist Pavel Nikulin also was beaten during the assault. He was beaten to blood, but headed off to the hospital by himself.

Nikulin is right on this photo. He writes under the nickname @mrzff

Nikulin is the correspondent of the online edition “Russkaya Planeta”. During the last few days he was in Crimea, from where he reported on the events to different media outlets.

This is a video that remains from the assault.

As of 00:11, Lilya Burdzunova informed that Mekhanik together with the cameraman are in the Emergency hospital. “They say she is fine,” she wrote. Among the journalists that were injured is the director of TV Channel 5 Anton Loktionov. His fingers are broken, as Tetyana Danylenko on FB, the presenter of this channel, on facebook.

Another video of the assault is here.