SOS Request from doctors in Ukraine to anyone traveling there in the next few days.

If possible bring the following to Ukraine (items for treating gunshot wounds, heavy trauma). The items listed are not available in Ukraine, and cannot be shipped to Ukraine without special permission because they qualify as medical supplies, and are not certified in Ukraine. That is why we ask for volunteers to carry them in suitcases into Kyiv

END_OF_DOCUMENT_TOKEN_TO_BE_REPLACED

This is reported by the first deputy Minister for Healthcare Ruslan Saliutin live on Channel 5. “The civil volunteer aid is always needed by our soldiers and our civil wounded, but especially soldiers,” he noted. END_OF_DOCUMENT_TOKEN_TO_BE_REPLACED

Medics who volunteered on Maidan believe that because of the clashes on Maidan Nezalezhnosti and related events, 780 people died. The allegation comes from volunteer medic Anastasiya Polishchuk at a briefing in Kyiv on Thursday, Interfax-Ukrayina reported.

“This number includes 300 people who disappeared from the hospitals (emergency hospitals and other medical institutions); they were taken away and burnt in the crematories. These people have been asked for and have been looked for but can’t be found,” she said. END_OF_DOCUMENT_TOKEN_TO_BE_REPLACED 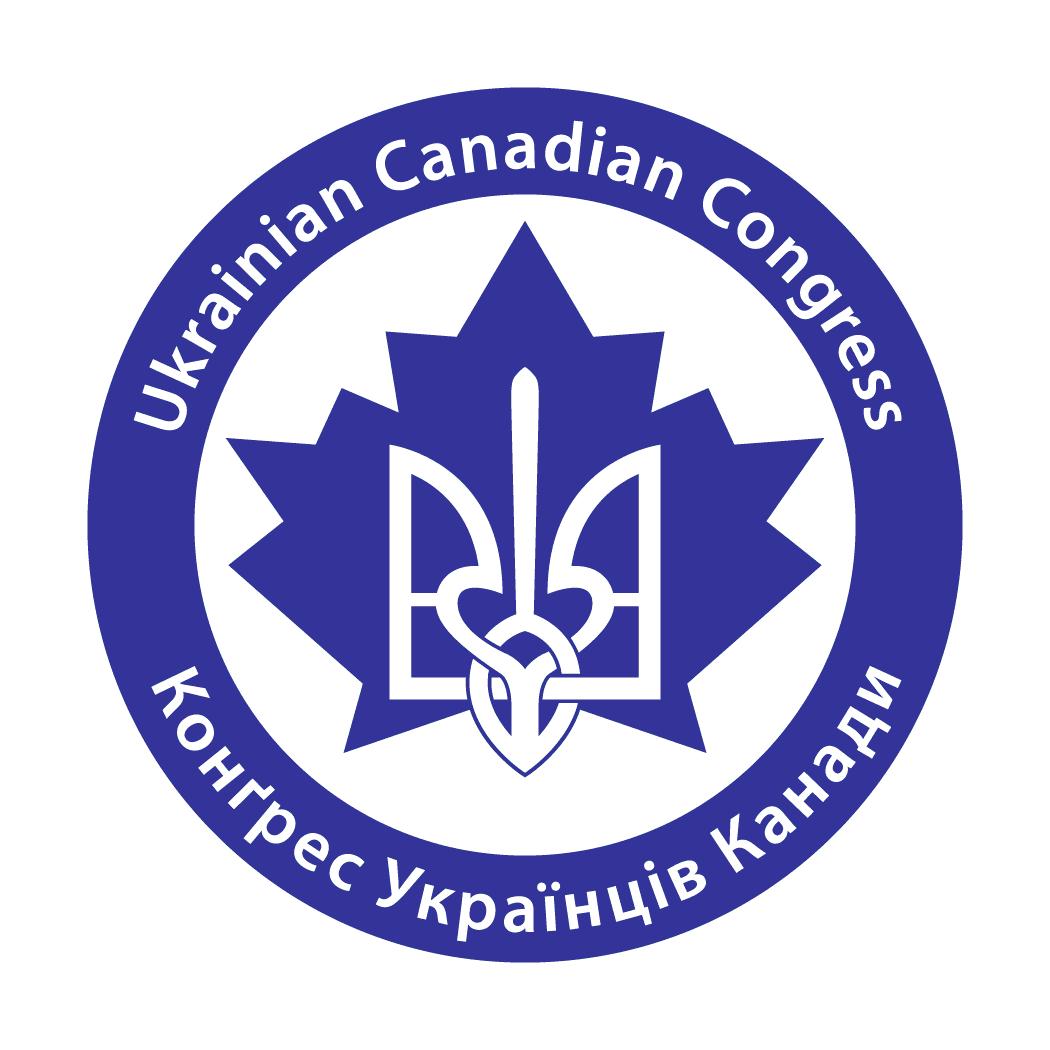 Toronto/Ottawa- A group of volunteer Canadian medical professionals are travelling to Ukraine this week, to determine priorities for medical training, treatment and technology. This assessment will help determine the most efficient use of Canadian resources for aid and is co-sponsored by the Ukrainian Canadian Congress (UCC) and the Canada-Ukraine Foundation (CUF). END_OF_DOCUMENT_TOKEN_TO_BE_REPLACED 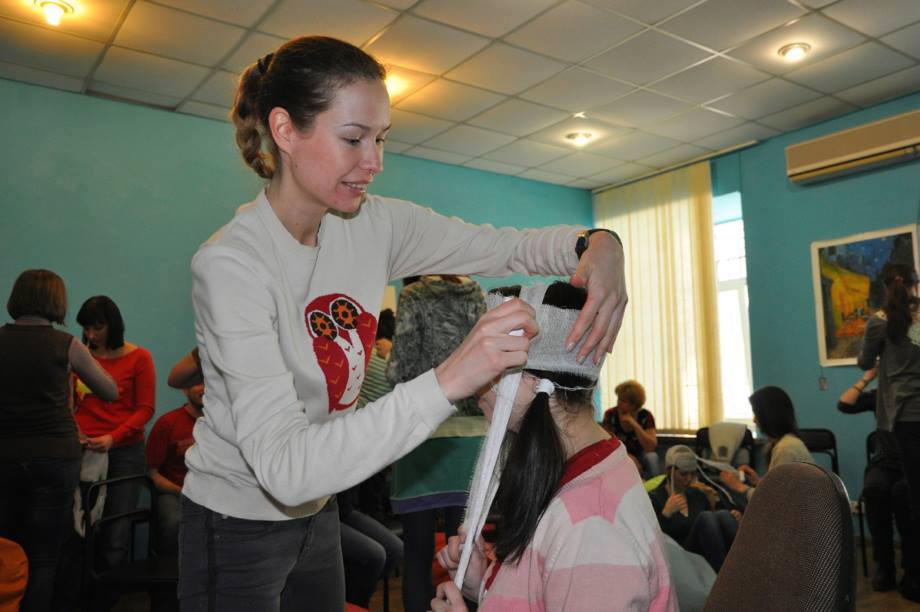 The «Organisation of Volunteer Doctors» holds regular trainings on first aid treatment for all those who care and are willing to be helpful in some way to the country and the people of Ukraine. They announced this through their FB page. END_OF_DOCUMENT_TOKEN_TO_BE_REPLACED

Heroes of Maidan: Olesya, the medic, released from hospital!

Ukraine has millions of brave and dedicated girls.
And every one of them is special.
Olesya, dear, be well!

The events happened this way: Olesya’s friend wrote to me on February 19, 2014. She said that she knew a wonderful young woman the people need to know about. A selfless volunteer. I wrote Olesya the same night. A sniper wounded her in the morning. I confess, if Olesya died that day, I would have closed the project. After the death of Sergiy Nihoyan, I would not have enough moral strength to write the second obituary of a person I had contacted. Thank God Olesya survived. She responded to my letter a few days after she arrived at a hospital. I decided not to bother the girl. I wanted her to be rested, including from the excessive…

His story is unique and complicated, because he is neither a professional physician nor even a Maidan volunteer. Pavlo is a web designer from Lutsk. He arrived in Kyiv on 12 December. Pavlo has a very unusual background: he is a leader of the Lutsk castle historical reenactment team and the best archer in Western Ukraine. However, right here and now he is more into saving lives than shooting. He was a lifeguard in the Russian Emergency Ministry for more than six years and so, with his good experience in field surgery treatment, he believes that Maidan is the only place for him now. He has no fear of blood and is extremely stress-proof.

As Pavlo tells it, he joined the Second Self-Defense Sotnya [a special name for the self-defense division] because has already had friends there.

“On 19 January,” he said, “during the peaceful demonstration, medical services were operating only within Maidan’s perimeter. So there were only two medical workers in the whole convoy when the clashes began. However, physicians began fetching up to the hot zone within half an hour. We did it at our own risk, because had been ordered to step back. The doctors did not obey the order. We thought, ‘We shall stay as long as at least one person remains here.’ First, we organized an ambulance in the archway at Hrushevskiy 4. I was giving instructions to make corridors so the wounded could be evacuated to a safer place. A crowd remains a crowd. When it became clear that things would last for a long while, we occupied the ground floor of the building, as it was impossible to bandage the wounded outside in the cold and under fire. On 22 January, during the attacks, the first aid point’s doors were closed in order to keep Berkut from entering our health center. We put a large white flag with the Red Cross on the door, and some medic T-shirts too. In fact, what was happening inside could be seen clearly through the glass doors. Nevertheless, they smashed the windows and started throwing flashbangs inside. The explosions are much louder inside, you know. But we were lucky to escape and evacuate the wounded through the back exit to October Palace. We took the wounded and the most essential medical instruments. The surgical instruments, which were almost priceless at the moment, we had to leave behind. When we came back, nothing was left. Everything was smashed and broken. I still can’t understand why and for what purpose they did it.

“I will never forget that Monday night, 2 am and nobody minding the gas. Me and my colleague, another physician, were constantly watching for wounded to carry out or to run for help. So, we were just standing there waiting and smoking. Suddenly some grandma, about 70 years old maybe, comes up to us and says, ‘What are you doing, kids? You’re doctors, you should know smoking is dangerous’–and all under that smoke, gas and ashes from the burnt buses . . . that was fun. Anyhow, we had to persuade this elderly woman to leave for a safer place.

“Four sotnyas [divisions] provide the perimeter guard at the barricades, while inside the scene, underground crosswalk control, the House of Trade Unions, and Kyiv City Administration are on us. People have been coming from the very beginning and more divisions have been organized; I cannot even tell you how many there are now. The second sotnya is the toughest of them all. When we kicked the internal forces away from Ukrainskiy Dim and the assignment started, they offered to let us relocate at least some of the fighters there because it was warm and dry there with the additional infrastructure provided. The answer was ‘Oh no, how could we just… go away? No, we’re going to stay here in our tent, well, we’ll light the burzhuyka [a kind of DIY stove usually meant for field use], freeze a bit but we’re not leaving.’ My place is here. Sometimes there’s a longing to go home, but maybe just for a day. When it’s quiet, I feel I’d like just to come meet my friends and kick back. Sure, stitching wounds and carrying the dead [Pavlo helped to carry Nigoyan and Zhyznevsky to the first-aid points] is no fun. Maybe I would like to go back home but though it may sound pathetic, I feel that my duty is to lend my experience for Maidan’s sake, for the rightful cause. Sometimes I think, well, maybe it would be better for me to be on guard or at the frontline, to show these titushki a thing or two. But there are enough people to do that. I am here just doing what I have to do. When the battles at Hrushevskiy Street started, for many people it was the sign of the war beginning. But the war has actually never ceased, though maybe not every story is told. Why? Because there are always titushki and provocateurs around, because there are stories of somebody caught by police when going to his friend’s for a shower. As you may know, there are very clear reasons why we prefer not to address the official hospitals and try to organize everything right here.

“The fighters of the sotnyas have already become my family. We did not know each other before, but the feeling of fraternity is so intense, just as if we grew up side by side. This tent, sometimes wet and cold and crowded, is not a home yet, but it has become something very important, very communal for all of us.

“People invite each other over; there is a common joke that we may be on the road for another couple of years. Yet no one says ‘if we win.’ ‘When we win’ is the only answer. Something like this: ‘So, when we win, come to my place, you’re welcome.’ Nobody knows when it’s going to be, but nobody loses faith. All of us believe in victory, it’s 100%.”

END_OF_DOCUMENT_TOKEN_TO_BE_REPLACED

“Hospitals in Lviv are ready to receive the people injured at the Kyiv Maidan.” That statement, made by the Lviv City Head Andriy Sadoviy on January 20, sounded unusual at first. At the time, no one expected that the flood of injuries would be this overwhelming, that Kyiv hospitals wouldn’t be able to handle the load, that people would travel 500 kilometers to get treatment.

Mr. Sadoviy explained the motive behind his statement – Lviv hospitals offered more safety than the ones in Kyiv. The very next day, the importance of this factor became crystal clear.

On the night of January 21, unidentified men kidnapped the activist Ihor Lutsenko, together with an injured Lviv resident Yuriy Verbytsky. Soon after that, numerous reports came rolling in, about…