Mosche Reuven Asman is the Chief Rabbi Hasidic Jews (Chabad – Lubavich Movement), Ukrainian Congress of Jewish Religious Communities.
Born in Leningrad, he lived in Israel after his marriage, and then worked as an assistant Rabbi of Toronto teaching Russian-speaking Jews. He then returned to Ukraine. He is extraordinarily intelligent, has personally met many politicians and is also acquainted with many successful business men and women in Ukraine and Russia.
During the course of the past few months Moshe Asman has commented on the absence of anti-Semitism in Ukraine, on lies regarding alleged aggression towards Jews as well as on a number of provocations that have been created to mislead the observers of Maidan movement regarding the true motivations behind the revolution in Ukraine.
In a conversation with Ukrainska Pravda, Moshe Asman shares his wisdom on life, conveyed with restraint and a willingness to share his thoughts. Recently Moshe Asman’s words were misinterpreted. Israel’s Haaretz published inflammatory information indicating that Moshe Asman called on all Jews to leave Kyiv.
We had an opportunity to speak to the Chief Rabbi of Ukraine on topics that touched both politics as well as society in the Capital building of Brodsky Synagogue, which he incidentally helped return to the Kyiv community.

END_OF_DOCUMENT_TOKEN_TO_BE_REPLACED

New evidence has been found that Russian nationalists are involved in the separatist movement in Crimea and Donetsk. One of them negotiated with the SSU for the release of Pavlo Gubariev, who proclaimed himself “the people’s governor.”

The head of the Sverdlovsk regional branch of the Drugaya Rossiya political party, Rostislav Zhuravlev from Ekaterinaburg, wrote on his Twitter page that only he and one of the leaders of their “militia” were allowed to negotiate on the release of Gubariev, who was arrested on Thursday.

END_OF_DOCUMENT_TOKEN_TO_BE_REPLACED 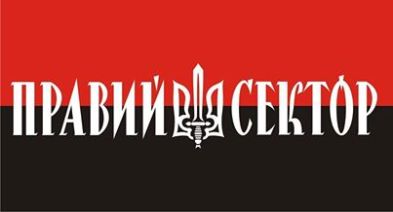 To the European and World Community:

We, the representatives of the Right Sector of Maidan, address the international community (UN, USA, the EU and certain European countries) to express our position regarding the latest events in Ukraine.

Ukraine is currently experiencing a deep systemic socio-economic and political crisis. The financial and economic sectors are virtually in a state of default, which is further aggravated by the intensification of political confrontation between protesters who oppose the rampant corruption and repression and the Yanukovych regime. The country is virtually on the edge of an internal armed conflict  that is being dictated by those in power. They are pushing the country towards massive bloodshed and posing a threat to not only post-Soviet societies but to countries in Central and South Europe. END_OF_DOCUMENT_TOKEN_TO_BE_REPLACED

The Far-right political forces seem to be the stumbling stone on the path to understanding between those who live in Ukraine and in the West. As Andrij Bondar writes on his FB page,

“A short resume of communicating with civilised Europe on the matter of spreading Euromaidan ideas:

Europe often demands Maidan and all the people that write about it to condemn the “right” people of Maidan – brand them, bring them to light, and, desirably, blame them for everything. For her it is often more important than deaths, kidnapping, terror, intimidation by the regime. You say: “The regime is killing us”. And she relplies: “The Rights are to blame. Bring us the scalp of this Hitler of yours”.