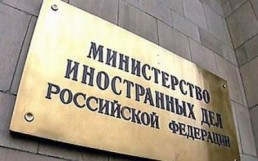 Russia does not like the initiative of Ukraine’s new leadership on possible changes to its non-aligned status. This announcement comes in a release from the Foreign Ministry of Russia. Russian diplomats pointed to a statement from Acting President Turchynov that Ukraine is considering changing its neutral status. Russia also mentioned a bill submitted to Parliament that suggests excluding the non-alignment provisions from Ukrainian legislation. END_OF_DOCUMENT_TOKEN_TO_BE_REPLACED

MUSTAFA: The topic of the meeting is “Human Rights in the Occupied Territories”.
Mostly we focused on this issue, and particularly Valentina Samar. I spoke about the situation in general, about the legal grounds of the occupation, about Russia’s faulty reasoning, and about my concerns. Among them, first of all, is the fact that sanctions against this aggressor are like pinpricks to an elephant. If nothing changes, it is highly doubtful that Russia will leave the territory it occupied. Should this approach prevail, Ukrainians will feel cheated, and rightfully so. There is already a growing narrative that we were cheated and we need to return our nuclear status.
JOURNALIST: What more assertive actions would you like to see from the West? Military actions?

END_OF_DOCUMENT_TOKEN_TO_BE_REPLACED

Security guarantees for Ukraine do not work, so the country is forced to look for other ways of protection, Deputy Minister of Foreign Affairs of Ukraine Danylo Lubkivskiy announced. He made this statement ​​in response to a question about whether Ukraine could promise Russia to remain a non-aligned state.

“Non-aligned status is a decision that should be taken by the Ukrainian nation. But when the safety of the country is put in jeopardy and when guarantors of security do not fulfill their obligations, we will be looking for other ways of protection and defense, and of course, the collective system … Of course, Ukraine should be a part of the collective system of European defense, ” said Lubkivskiy. END_OF_DOCUMENT_TOKEN_TO_BE_REPLACED 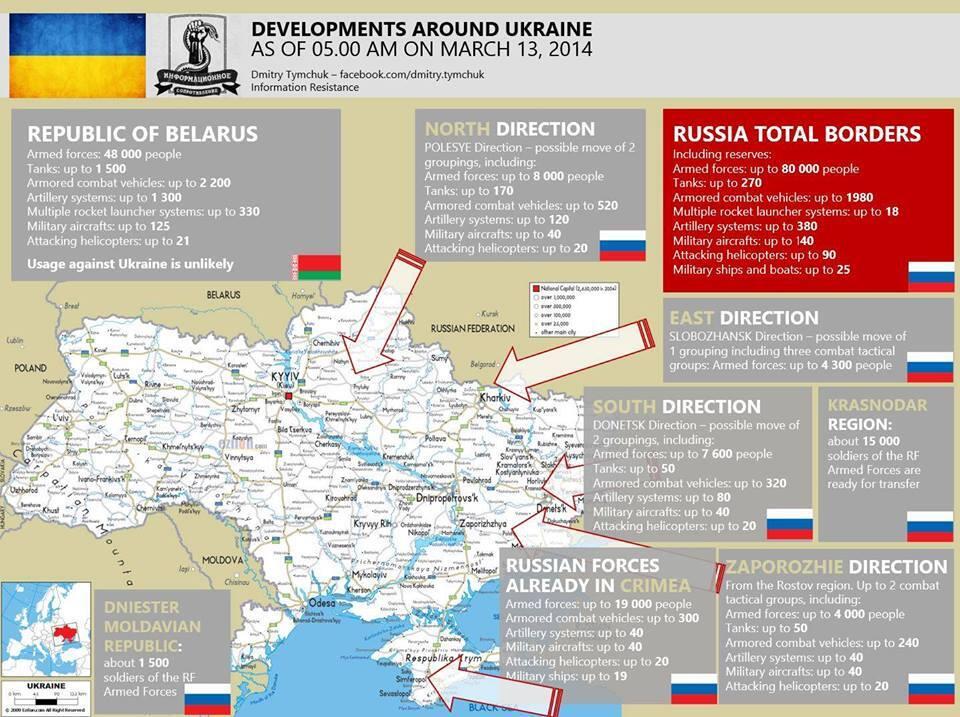 A new classified intelligence assessment concludes it is more likely than previously thought that Russian forces will enter eastern Ukraine, CNN has learned. But it is so? Isn’t this just a diversion to hide the area of main assault? This comes to mind taking into consideration recent developments and the Russian troops building up alongside the northern and north-eastern borders of Ukraine.  END_OF_DOCUMENT_TOKEN_TO_BE_REPLACED

A possible war with Russia in Ukraine represents a threat to nuclear facilities in the country and to Europe as a whole, said Volodymyr Horbach, analyst at the Institute for European-Atlantic Cooperation, in an appearance on Espreso TV on March 24.

END_OF_DOCUMENT_TOKEN_TO_BE_REPLACED

The Russian troops concentrated near the Ukrainian border are numerous enough to get to Transdnistria. CNN reports that the news comes from Supreme Commander of NATO forces in Europe Philip Bridlov.

The general expressed his concern that the army focused on the border with Ukraine can pose a threat to Transdnistria and Moldova. “(The Russian) forces located on the eastern border with Ukraine are very large and in full readiness,” said Bridlov. “There’s absolutely enough troops on the eastern border of Ukraine to reach Transdnistria – if such a decision is taken – and it is very disturbing,” – he said.

The Ukrainian Defense Ministry stated that the threat of a Russian invasion of Ukraine is very high, because the Russian troops have withdrawn from the border, but have not returned to their bases.

END_OF_DOCUMENT_TOKEN_TO_BE_REPLACED 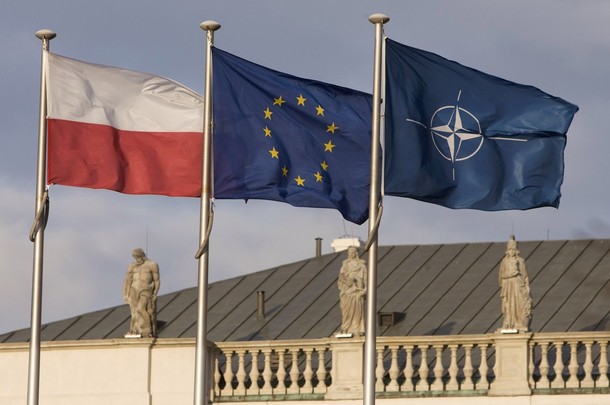 Shcherbak also spoke of one “terrible thing” that happened after his presentation. A vote was held on the question “Do you believe NATO will help Poland in the event of military aggression? And 80% of the participants said ‘No,’ and they are members of NATO,” he concluded. END_OF_DOCUMENT_TOKEN_TO_BE_REPLACED

First the rumor: I have heard from several people that supposedly Ukraine has sent two brigades of its best troops to the SE border opposite Russia’s Glukhov province, and that the Russians are now pushing force to their side of the line. Absolutely no media reports, however, past news said the two brigades were in motion. So that might be something to watch.

As to other developments, some of you will have heard that NATO decided yesterday to send AWACS planes to fly the alliance’s eastern frontier. The planes doing the job will fly from one base in Germany and one base in England, and the route will be the Polish and Romania borders. END_OF_DOCUMENT_TOKEN_TO_BE_REPLACED