Transparency International has calculated who out of the officials in 2013 spent more than they have earned. We have outlined the most generous ones. Three are still working.

On June 6th on the website of the Ministry of Justice, a bill “Regarding corruption prevention” has been uploaded for social discussion. The document presumes the emergence of yet another anti-corruption institution – the National Committee for the Prevention of Corruption. One of the functions of the future committee is controlling the governors’ expenses. This might become an effective instrument to counter corruption.

On June 10th at the roundtable talks “How to organise effective control of welfare” the representatives of the Ministry of Justice and the international organisation Transparency International presented a rating of Ukrainian officials whose expenses are several times larger than their officially declared salaries. When calculating the expenses, they accounted for the movable and immovable assets belonging to the officials, expenses for the purchase of personal items, education and provision for members of their families, hobbies, travel and leisure, formal events and so forth. The revenue was taken from annual declarations. Overall, more than 400 high-standing officials were analysed, there are 69 finalists who have spent an indecently large sum. END_OF_DOCUMENT_TOKEN_TO_BE_REPLACED

Dnipropetrovsk – Local Auto-Maidaners started accommodating refugees from Donbass to Oleg Tsariov’s house near Dnipropetrovsk. The initiators of this action claim this is temporary, the mansion, as before, is still the property of the former member of the parliament, its confiscation is not being planned. Law enforcement does not comment on the legitimacy of these actions, however they are expecting the return of the former “regional.” Several criminal cases have been drawn up against him and his companies here. Meanwhile experts are doubtful about the escapee’s own statements regarding his swift return from Russia. They are also skeptical about the fact that the Verkhovna Rada will realise the order to hold Tsariov criminally responsible in the nearest future.
END_OF_DOCUMENT_TOKEN_TO_BE_REPLACED 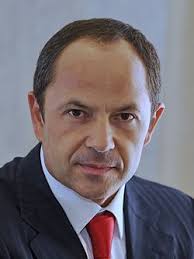 END_OF_DOCUMENT_TOKEN_TO_BE_REPLACED

The local political and business elite in the east of Ukraine have made a stand against the Kyiv government, reports TSN. According to the citizens of Donetsk and Luhansk, Euromaidan activists and those who are for Ukrainian unity are the enemy. They were convinced by propaganda and, in particular, by local TV.

In Luhansk, the media is curated by Yefremov’s right hand man, Radion Miroshnik. What he is doing on air cannot be called anything other than subversive activity.

While trying to discover who is in charge of undermining the sovereignty of the country—ideological separatists or puppets of the local government and Russia— journalists uncovered a hidden structure. END_OF_DOCUMENT_TOKEN_TO_BE_REPLACED

Espreso TV has learned from sources inside the Party of Regions that party members have reached an informal decision to support the Right Sector as an organization that can help discredit the new government and be used in publicity campaigns.

END_OF_DOCUMENT_TOKEN_TO_BE_REPLACED

State Financial Monitoring Service has blocked personal accounts of Oleksandr Yefremov, chair of the Party of Regions faction in Rada and head of the Luhansk oblast organization of the Party of Regions. Yefremov reported this during a press conference today, “Luhansk.Commentaries” informs.  END_OF_DOCUMENT_TOKEN_TO_BE_REPLACED

Delegates at the Party of Regions congress in Kyiv on Saturday, March 29, expelled from their ranks the former president Viktor Yanukovych and several members of his team, reports Dzerkalo Tyzhdnya.

END_OF_DOCUMENT_TOKEN_TO_BE_REPLACED

Nine years ago this choice was not made by all of Ukraine, but by one person — the newly elected Viktor Yushchenko, who simultaneously promised the post of prime minister to both collaborators. Now these competitors from 2005 are competing again, but on the electoral front while trying to forget the Yushchenko era as a terrible nightmare.

END_OF_DOCUMENT_TOKEN_TO_BE_REPLACED

Photos of another project of a palace belonging to Party of Regions members have been released. The photos have been published on the Facebook page of a freelancer in ARD Gosha Tykhiy.

A new episode of “The discreet charm of the bourgeoisie. The palace of Yuriy Ivanyushchenko. This is a project, but is almost completely implemented,” – commented Tykhiy commented on the photos. 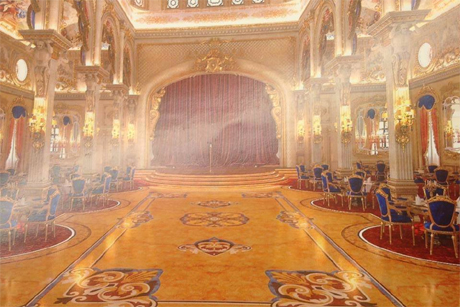 END_OF_DOCUMENT_TOKEN_TO_BE_REPLACED

The Party of Regions will soon hold a convention to determine their future plan of action, said PoR MP Serhiy Tigipko at a press briefing in the Parliament.

He confirmed that in the last few days, during the clashes on the streets, 77 MPs left the parliamentary faction. “All others are staying, and the last one to leave will be Serhiy Tigipko,” he said.