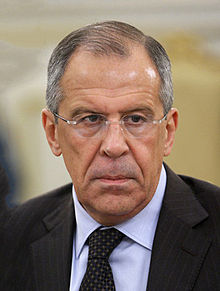 Russia does not like the number of ultimatums in the peace plan presented by Ukrainian President Petro Poroshenko, the Russian Ministry of Foreign Affairs informed Espreso TV, the publication reports, July 21.

According to Russian Foreign Minister Sergey Lavrov, “many points in this plan look like ultimatums. ” END_OF_DOCUMENT_TOKEN_TO_BE_REPLACED

Some two hundred armed commandos have arrived in the city of Lysychansk in the Luhansk Oblast from Russia and one of the states of Central Asia, UNN reports, June 11, citing Luhansk police sources. According to the sources, the armed men do not hide their nationality

“According to preliminary information, almost two hundred men have arrived. Those with Slavic appearance state they have arrived from the Krasnodar region (in Russia). Others are Asiatic in appearance. According to preliminary information, they are from Kazakhstan. They came to Lysychansk immediately after the capture of the district prosecutor’s office by terrorists. All these ‘aliens’ have settled in the prosecutor’s office,” the police sources say. END_OF_DOCUMENT_TOKEN_TO_BE_REPLACED 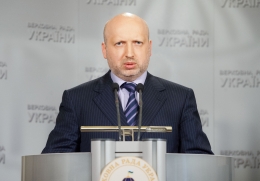 On Tuesday, June 3, during the course of the antiterrorist operation (ATO), the northern part of Luhansk Oblast was completely cleared of terrorists, reports a statement on the official website of the Acting President and Chairman of Verkhovna Rada Oleksandr Turchynov.

“The bases and military camps of the militants in this region were destroyed, their  main fortified area in the village of Semenivka was seized, and control over the city of Chervonyy Lyman was established. In addition, the military has begun blocking the borders north and south of the Luhansk Oblast,” the statement says. END_OF_DOCUMENT_TOKEN_TO_BE_REPLACED

Lefter is an independent observer-journalist of the Open Dialogue Fund, who arrived in Slovyansk on April 14 to report from the scene, the Fund statement says. The militants allegedly accused him of involvement with the Right Sector and espionage.