As a result of sabotage Russia received the opposite result – Georgia reconstructed its energy system and practically stopped being dependent on supplies from the Russian Federation, stated former President of Georgia Mikhail Saakashvili.

Former President of Georgia Mikhail Saakashvili compared the explosion on the gas pipeline in Poltava oblast with the events in Georgia in 2005. He writes about this on his Facebook page. END_OF_DOCUMENT_TOKEN_TO_BE_REPLACED 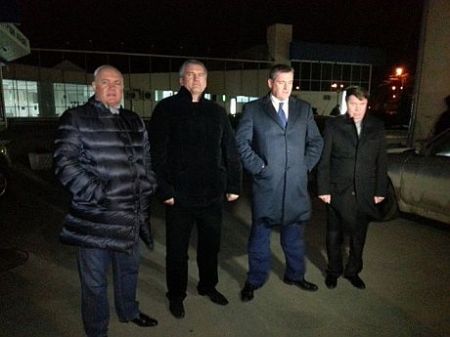 01:31 Russian Federation is to Simplify the Rules for Obtaining Russian Citizenship for People in Crimea

Russian MPs arrived in Crimea. They announced that the Russian Federation is considering the simplification of rules for obtaining Russian citizenship for people in Crimea, especially if Ukrainian opposition does not follow the agreements signed with President Yanukovych. They also noted that Russian Federation will quickly respond if there will be calls from Crimean people to make Crimea a part of Russian Federation. The source compares this situation to the similar one that occurred in 2000 when Russian Federation simplified citizenship procedures for citizens of Abkhazia and South Ossetia. This later was used during the armed conflict between Georgia and Russian Federation as a justification for an armed invasion of the Russian army in Georgia.