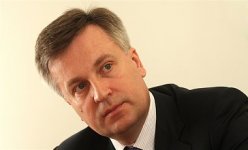 According to the head of the Security Service of Ukraine, Nalyvaichenko, there is reason to believe that Russia’s FSB was involved in the mass killings in Kyiv. He spoke about this at a news conference on Thursday.

According to Nalyvajchenko, after 20 December 2013, 26 FSB of the Russian Federation were at the SSU’s firing range of SSU, and in mid-January 2014 there were six people. END_OF_DOCUMENT_TOKEN_TO_BE_REPLACED 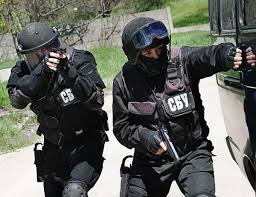 The Special Service of Ukraine (SSU) detained two Russian Federation citizens in Lviv oblast. The suspects wanted to kidnap some persons, among them a candidate for the President of Ukraine. However, the SSU did not release the name of the candidate who had been targeted for kidnapping.  END_OF_DOCUMENT_TOKEN_TO_BE_REPLACED 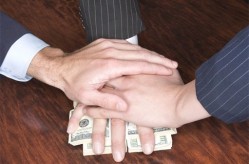 As reported by Vladislav Abdullah, Head of the Press Center of the State Security Service of Ukraine (SBU) in the Kharkiv region, the SBU, with the Public Prosecutor’s Office of the Kharkiv region, has exposed and stopped the illegal activities of directors of one of the border control agencies, which regularly demanded and received illegal benefits from businesses engaged in international trade.

The SSB found, in particular, that the agency’s director, in collusion with his employees, are demanding 4,500 UAH from private companies to expedite laboratory research and the relevant ruling required for exporting wood. END_OF_DOCUMENT_TOKEN_TO_BE_REPLACED 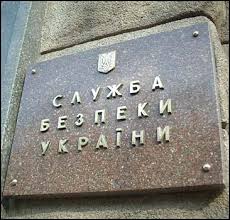 The Security Service of Ukraine has evidence of involvement by Russian intelligence in organizing provocations in Ukraine, said SSU head Valentyn Nalyvaychenko.

“In an open briefing, we will present evidence, including detained employees of the Intelligence Service  of Ministry of Defense of Russia, who are directly involved in organizing sabotage on our native land,” said Nalyvaychenko. END_OF_DOCUMENT_TOKEN_TO_BE_REPLACED

The Ukrainian Front public organization, founded by Kharkiv Governor Mykhailo Dobkin and Mayor Henadiy Kernes, has officially ceased to exist, according to the organization’s Facebook page.

“We are closing down the Ukrainian Front. It is no more. There will be only one Ukraine. Thank you for your understanding,” said the Front. END_OF_DOCUMENT_TOKEN_TO_BE_REPLACED

The Security Service of Ukraine (SSU) threatens to repress violation of territorial supremacy and inviolability of Ukraine. This was proclaimed today in SBU’s official statement. According to the department, some “politicians, representatives of local governments, leaders of NGOs, radical people” provoke an escalation of the conflict, as well as “spread autonomist and separatist sentiments among the population”.

This “may cause extinction of our country as a unitary state and the loss of its national sovereignty,” – the SSU is concerned. The special forces are supposedly aware of the negotiations on the separation of Ukraine. “Some deputies of different ranks have already started separate negotiations with the representatives of foreign countries. Consultations on the possible partition of the country, in contravention of the procedure established by the Constitution of Ukraine, have been conducted publicly,” – the SSU states.
END_OF_DOCUMENT_TOKEN_TO_BE_REPLACED