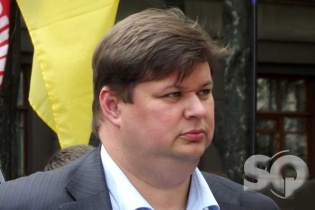 The Kharkiv Oblast governor held an emergency meeting concerning ways to avoid destabilization in the region. Interfax-Ukraine reported that the chairman of the State Security Service in the oblast, the oblast prosecutor’s office and the regional branch of the Ministry of Internal Affairs attended the closed door meeting. “We have concrete information that there are plans for destabilization in Kharkiv on March 16, within the next few days and possible terrorist acts on the territory of the city,” Baluta said answering the question on the reason of this emergency meeting.

Baluta also stated that further meetings on the issue would be held on Friday with representatives of the Ministry of Defense and the Border Control Service. He pointed out that the law enforcement forces will continue to work on detecting persons who are not Ukrainian citizens working for destabilization. However, Baluta hoped that the court would uphold the claim of Kharkiv Local Council and set limits on the citizen’s right to hold peaceful meetings on Sunday.

“We ask the townsmen and people who live in the oblast to be calm and don’t take part in the mass actions,” said Baluta. In turn Kharkiv mayor Hennadiy Kernes assured journalists after the meeting that everything would be done not to allow a repeat of what happened in Donetsk on Thursday evening. He also criticized the organizations that called for the public meeting-cum-referendum on the federalization issue and the Russian language. “All these organizations that call for conducting this so-called public meeting, you should understand that this will bring you nothing…” Kernes said. “Maybe they have their own carrier plans and conditionally popular words and steamers which a responsible man would diminish,” he added.

1 thought on “Governor: the terrorist acts may happen in Kharkiv”