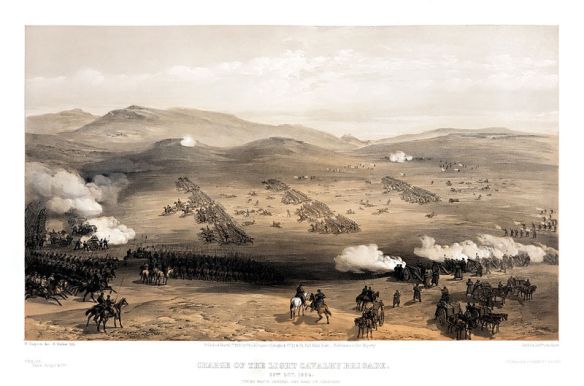 Russia began a stealth invasion of Crimea last week, letting uniformed men without insignias, take control of first the local parliament and then key pieces of infrastructure like the two airports.

I have visited Crimea once, quite recently, in October 2013 travelling around visiting Simferopol, Sevastopol, Yalta and the seat of the Crimean Tatar Khanate Bakhchysarai. Two things struck me about Crimea, the climate is really nice (it was not that week, but it has palm trees) and it’s a mixture ethnically of the Tatars, Ukrainians and ethnic Russians. Russian is the main language on the peninsula, as it has been for centuries and especially since Stalin decided to deport all Crimean Tatars for their alleged cooperation with the Nazis, during their invasion of Crimea.

Crimea has a history of being fought over by many different groups, and having lived in Israel and studied the Israeli-Palestinian conflict for a bit, it’s hard not to see parallels. The conflict in Crimea, and Ukraine in general, is much, much more complicated than most Westerners seem to understand. It encompasses a long history of repression against both Ukrainians and Tatars, a large number of wars, fluid borders that have been redrawn many times and severe economic problems – a situation not completely dissimilar to that in Israel.

A bit of Crimean history

With a subject this complex, we must approach this subject with great caution for there are many pitfalls and I am by no means an expert on Ukrainian history, so I will just try to offer my analysis of what we see happening now in Eastern Europe.

Crimea was annexed to Ukraine from Russia, by Soviet Premier Khrushchev in 1954, 60 years ago. After Stalin’s forced deportation of the Tatars, he began resettling mainly Russians there, with the result that today Crimea is made up by about 58% Russians, 25% Ukrainian and 12% Tatars (they began to come back in 1991), according to Wikipedia citing a census from 2001. Crimea tried to declare independence in 1917 as a secular Muslim state, however it only lasted for two months as Bolsheviks took control of the republic, beginning with control of Sevastopol where the Black Sea Fleet was located even back then.

Before this Crimea was part of the Russian Empire and even earlier it was a vassal state of the Ottoman Empire. Crimea is thus not what can be meaningfully called historically Ukrainian and I do believe that the people there have a legitimate case for some kind of extended autonomy. They do have a certain amount under the current constitution of Ukraine, but conceivably they would want more if given the opportunity. Ukraine is a very young nation and an extremely young nation state, with only 23 years of independence since the breakup of the Soviet Union in 1991 and it is understandably wary about any threats to its sovereignty.

Russia still maintains a Black Sea Fleet base in Crimea, in Sevastopol, and Yanukovich extended Russia’s lease for it until 2047.

In Ukraine there is a widespread belief that the many centuries of Russification must be reversed (see the party program of parties like far-right All-Ukrainian Union Svoboda “Freedom” which won 10% in the last popular vote, for examples). This led for example, to resistance against a law like the law on regional languages, which recognized Russian as a regional language and in fact the new parliament of Ukraine, the Rada, voted to repeal the law on February 23rd, making only Ukrainian recognized. It was later vetoed by the acting president, most likely because of fears of the message it would send to the large Russian minority.

What Ukraine could have done previously, though it would not make much of a difference in the current situation, would have been to offer Crimea a referendum on its status, with the possibility of independence. It is doubtful if that would have made any difference to Putin though, as he seems to have decided that it is necessary to at least annex Crimea, if not more territory. It is not too late to offer these steps, which would at least further show the lack of legitimacy of Putin’s invasion.

The present situation in Crimea and the pretext for invasion

Russia has invaded Ukraine by placing somewhere between 6.000 and 28.000 troops in Crimea. It is fanning the flames of Russian separatism in places like Kharkiv and Donetsk, both by labelling all revolutionaries and the new government in Kyiv fascists and neo-nazis, and by sending in Russian provocateurs from Russia proper. Even though the EuroMaidan movement certainly contains very radical far-right members like the Right Sector, the accusation that the whole movement is driven by fascist ambitions seems absurd. The EuroMaidan movement, and the new government, have not distanced itself in any way, that I have seen, from the radical far-right members, which of course makes it easier for the Russians to make it look like the whole movement is Nazi.

The Russian invasion happened under the pretext of a clear and present danger to the Russian minority in Crimea, while at the same time not actually taking responsibility for all Russians – somehow the ones in the rest of Ukraine are safe. At the beginning of this week there certainly was no real threat to Russians living in Ukraine, but Putin’s current actions are probably calculated to test Ukrainian unity to its breaking point. With fanning of Russian nationalism inside Ukraine and Putin invading ostensibly to protect ethnic Russians, it will be hard for the Ukrainian government to keep the population calm, with many believing that Putin’s next step is an invasion of East Ukraine, with possible annexation to Russia.

As a European I ask myself why on earth anyone would do something so foolish, as what Putin is doing right now. He is invading a neighboring country with which Russia shares much history and many traditions, to protect a Russian minority from an imaginary threat to their lives. He is risking thousands of people’s lives, he is risking an escalation with a NATO intervention and thus World War III, possibly even with nuclear strikes.

All that, while the only threat that the Russians in Ukraine are facing currently, is primarily to their right to speak Russian everywhere in life (and with the current status of Russian in Ukraine, that seems a bit farfetched currently, but in the longer term changes could happen with a national movement growing stronger).

If we look at the situation through Putin tinted glasses it would seem that he can gain quite a bit through his current way of acting (the following are not listed in any particular order):

First, he was humiliated by the overthrow of Yanukovych and by Sochi not being the great success it was supposed to be. Now he can show that Russia is strong and matters on the world stage. As Machiavelli said it is better for a prince to be feared, than loved, and Putin is certainly playing the part.

Second, Crimea is a popular holiday resort for Russians, who have to cross a border to get there since Ukraine became independent. At the same time the Russian economy is more dependent on fossil fuels than ever before and it is stalling. Putin is trying to cast himself as a protector of “traditional” Russian values against supposedly wicked Western ones. As Ukraine is drawing closer to the West post-revolution, it makes sense for him to save his compatriots from wicked Western influence, while likely gaining praise from the nationalists at home and showing himself as a strong, militarily decisive leader.

Third, Crimea is home to the Black Sea Fleet which is the main Russian military port in the Black Sea. It is humiliating to have to rent it from another country, especially if you don’t have to.

Fourth, he can. Putin is invading Crimea, simply because it is possible and because wars (that you win) makes a leader and his country look strong, both of which fits well with the image Putin tries to project.

Fifth, he can humiliate both the EU and the U.S. because they will be largely unable to respond, lest they want to risk nuclear war and for the elected officials not to get re-elected. This one is even better since both Russia, the UK and the US signed “the Budapest Memorandum” which ensured Ukrainian Territorial Integrity in exchange for Ukraine giving up its nuclear weapons. Putin can now show that the West do not in fact abide by their own multi-lateral agreements when it hurts and at the same time show that he is above them.

Sixth, he can punish nationalist and democratically minded Ukrainians for their uprising against an autocratic and corrupt leader and show Russians back home what can happen when you mess with the political order. If things get to that he might even be able to somehow restore Yanukovich to power, in a Ukrainian Transdniestra-like republic (a breakaway republic of mainly ethnic Russians in Moldova, which is supported by Kreml) or even in all of Ukraine.

In his eyes the only risk he runs is alienating the West, who already believe him to be an unreformable dictator and Ukrainians who should be fearing him anyway. And if the Ukrainians actually respond with arms, he will do his best to Ukrainify the conflict like what he did in Chechnya. In this case it would mean turning the conflict into a civil war between a Kreml backed government and the nationalists, which is wonderful because it keeps Ukraine week and dependent on Russia while at the same time limiting Russian losses.

He thus stands to gain parts of Ukraine and respect and fear abroad and at home. What could be better when you are Mr. Putin, the great dictator?